Rajinikanth is the iconic star and has huge number of moviegoers not only in Tamil cine industry but also worldwide he has moviegoers and he remains in the minds of millions of people. The Indian film industry celebrities are astonished on seeing the tremendous growth of the super star. Even present days starlet Keerthy Suresh is more interested to act with Rajini. 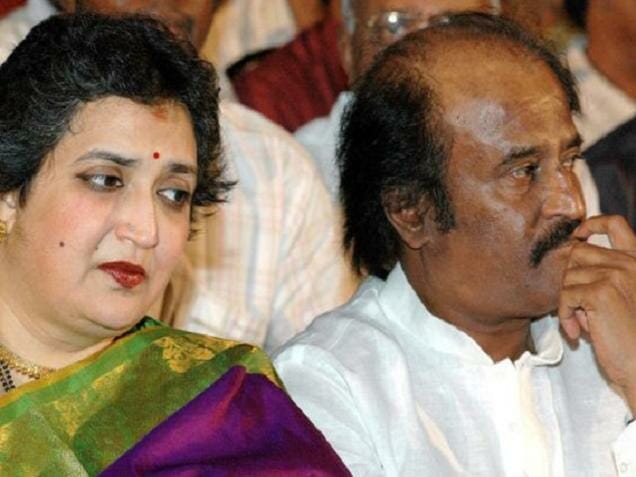 Many starlets have a dream to act with the super star and the list goes on and on. Rajinikanth and his wife Latha Rajinikanth are celebrating their 36th year wedding anniversary on February 26th. During 1981 Rajini and a college student Latha married on the same day at Tirupathi. At that time only close relatives attended their wedding.

After that their marriage reception was organized after two weeks at Chennai Star Hotel, which was arranged specially for the cine industry friends. Latha Rajinikanth has come to interview Rajinikanth, and Rajini at the first sight of their meeting proposed his love to her. Y.G. Mahendran a comedian was acting with Rajinikanth and Latha was Y.G. Mahendran’s wife’s sister. During that time Rajini and Latha’s marriage was sensational. The couple has two daughters namely Aishwarya and Soundarya and 3 grand children and Rajini still stuns everyone by his mannerism.