Aarathu Sinam is a crime thriller featuring Arulnidhi as the titular protagonist. The movie is an official remake of Jeethu Joseph’s Malayalam film Memories (2013). Apart from Arulnidhi, the movie features Aishwarya Dutta, Aishwarya Rajesh, Radharavi, Tulasi, RNR Manohar, RoboShankar as supporting roles. Most of us would know the plot already. A drunken ex-cop is given a murder case and when he investigates he finds a pattern in all those murders. 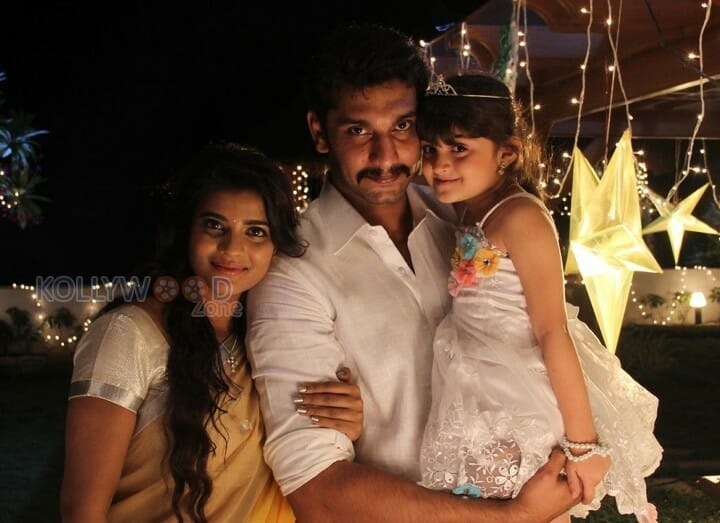 Ultimately it leads to a serial killer. How the killer is brought down to justice and what was his motive behind those murders? Watch the movie on silver screen to know more about the movie. The movie can be related to few Hollywood movies. But still the screenplay is so perfect and it is flawless. The initial phase of the movie is establishment period. It clearly narrates the characters and their attitude. Then the next few minutes are completely mind-boggling thriller which will take you to edge of seat.

And when the killer’s intentions are unfolded, it makes things even interesting. The climax melodrama was alone cinematic and it could have been avoided. Cinematography is stupendous, so are the music, songs, direction and rendering. But there are lots of logic loopholes. How can one person himself carry a whole human body and make them hanging? And about those Christianity portion, was it borrowed from Angels and Demons ?

The violence in this movie is pretty high and that could have been reduced. No wonder censors gave the movie ‘U/A’. The movie could have been a clear winner if it could have avoided few backlogs and some stereotypical sequences. Cinematography by Aravinnd Singh is the best ever thing which could have happened for this movie. Such a top notch brilliance. Editing was also cool. But second half looks like a lengthy one.