Shilpa Manjunath, who stole the hearts of many youngsters with her poetic performance in Ispade Rajavum Idhaya Raniyum is back with Perazhagi ISO. Though the story line is fresh to Tamil cinema the lack of emotional connect and shallow writing has let the film down. Also, the science fiction tag on the flick struggles to convince us that it is, despite the element of cosmetic formula, which turns older people young.

Perazhagi ISO opens with the story of a gluttonous ancient king who desires to stay young and youthful eternally. To achieve this feat he instructs his surgeons to discover a concoction. Though taken aback by the king’s command, with no choice left the physicians begin their work and somehow manage to find a formula to stay young. But in the meantime the king’s enemies conquer and kill him. Without any idea of what the formula could do they toss the secret formula in to the ocean. 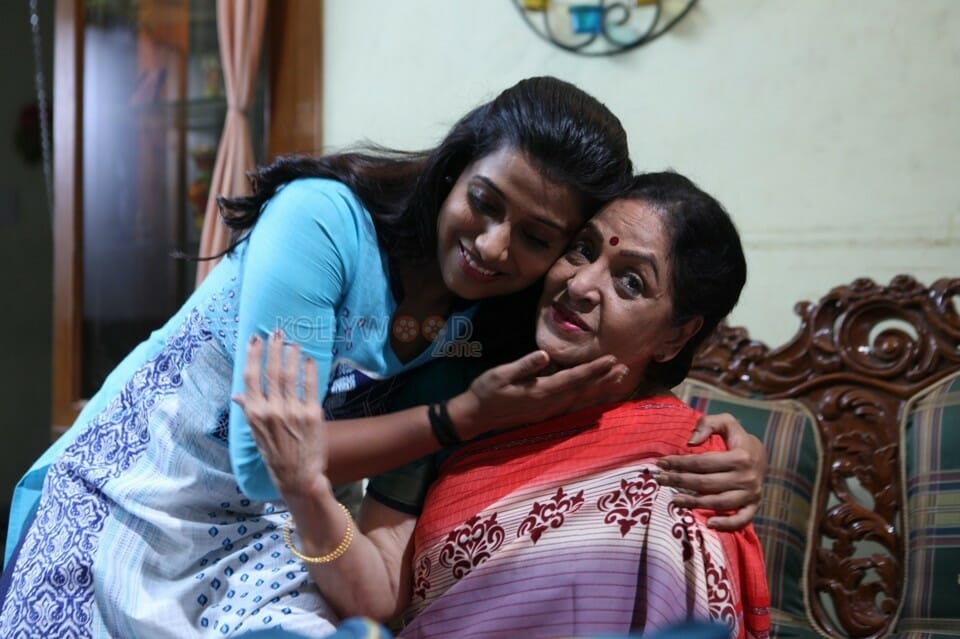 450 years forward, at present, the formula is discovered by an avaricious corporate honcho (Saravana Subbaiah) who plans to make a fortune out of the formula in the cosmetic business. In order to experiment the formula he abducts older folks and use them as lab rats for his experiments. The company also lures older folks by promising them to give their youth back.

Meanwhile, Keerthana (Shilpa Manjunath) leads a happy life with her father (Livingston) and grandmother Mohanambal (Sachchu), who is a beauty freak who updates herself to all latest cosmetic trends in the market. When she learns about the cosmetic company’s offer she pays a visit to them and undergoes the experiment that they are vigorous carrying out. After the treatment she regains her youth back and looks exactly like her granddaughter. She christens herself as Meghna and does a lot of funny atrocities which are admirable. Problem arises when she is mistaken for her granddaughter, how she manages things after that, what plans does the cosmetic company has in their sleeves, is what makes the rest of the film.

Shilpa Manjunath, has put on a good show in the dual role that she has decide to take up at the very early state of her acting career. The actress is very pretty on screen and has delivery a solid performance. The role swap that she has portrayed between a 20 year old college going girl and the granny inside Meghna is commendable. Veteran Sachu yet again proves her worth with her comic timing and makes everyone laugh even in the short screen space that she gets. The rest of the actors in the film have done what was asked of them. The music and cinematography for the film seems very ordinary for a science fiction film and it is one of the factors that are responsible for the film to go down south.

Director C Vijayan, on one hand, deserves to be appreciated for his decision to go with a fresh story line as well as for his superior screenplay. On the other hand, deserves condemn for shallow writing and poor characterization of his characters in the film. A better budget and VFX might have upped the quality level of the film.

On the whole, Perazhagi ISO begins as a science fiction flick but ends as a comical entertainer which makes us laugh from time to time but never gives us the sense of a science fiction film. The redemption from forced social messages unlike the other recent flicks makes the film a one time watch.