Raja Mandhiri is a Tamil comedy film and was written, directed by Usha Krishnan and she has also written the screenplay and dialogues for this movie. The movie was released on June 24th and the film features Kalaiyarasan, Kaali Venkat, debutants Shalin and Vaishali in the lead roles. Actors like Balasaravanan, Nadodigal Gopal, Kayal Perera, Saravana Shakthi, Meenakshi, Rindhu Ravi and Anandhi have played supporting roles.

The cinematography has been handled by PG Muthiah, editing by Selva R.K. and music by Justin Prabhakaran. The film was produced by Mathiazhagan. P.G. Muthaiah has made the cinematography who has earlier cranked the camera for movies like Poo, Settai,Oru Oorla Rendu Raja. The movie starts with a song where two brothers are shown growing up together. While the younger one enjoys playing pranks on his brother and the elder brother role is played by Kaali Venkat and the younger brother role by Kalaiyarasan. 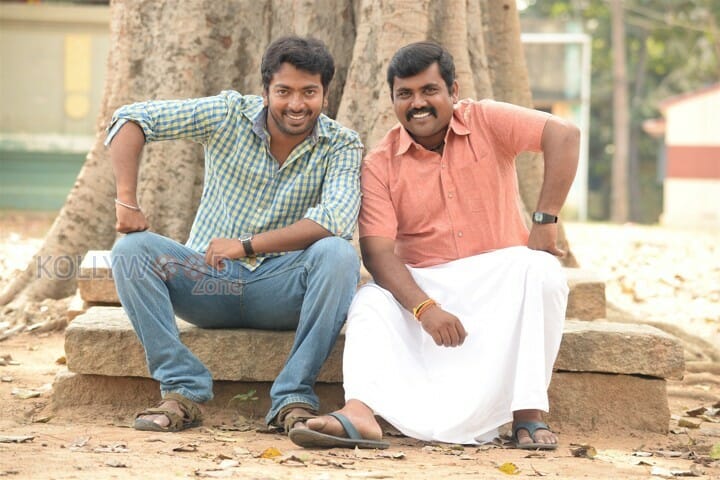 Raja Mandhiri story is about the relationship between two brothers and twists happens in the marriage arrangements of the elder. The movie talks of the family’s fruitful efforts in finding a suitable bride for Kaali Venkat and Kalai’s love affair in college. Debutant Shalin Zoya who has previously acted in Malayalam as a child artist has played Kalai’s lover in his college days.

Darling fame Balasaravanan is Kalaiyarasan’s college mate who takes care of the comedy track amazingly. Nadodigal Gopal and Meenakshi play important roles as their parents and another new face actress Vaishali has played as Kalai’s another lover. Justin Prabhakaran’s and Muthaiah’s work was good. The movie will be an entertainer as comedy plays the predominant place in this movie. Some scenes are lengthy and the college scenes are bit good and the movie can be watched along with the family as it will entertain all members of the family.

Overall, Watch the movie and have fun to reduce your BP.