Another weekend and another message oriented drama in the screens. And this time it is from the master himself of message oriented dramas, director Samuthirakani. His intend to protest and break barriers is so intense that even his films have to do that to get to the theaters. The prequel of this flick Naadodigal which hit the screens in 2009 was a sleeper hit. Of course it was also built on a heavy message on love. But it worked to an extent because it had a story to keep the audience hooked to it. Here in it sequel the intent to deliver message, not just one but as much as possible on the contemporary issues that took place in the state in a running time of 2 hours 10 minutes has taken the front line pushing back the need for a script to do that. Actor Sasi Kumar whose last outing Enai Noki Paayum Thota garnered mixed reviews is back with the sequel of a hit flick, which consolidated his place as a lead hero in Tamil cinema. 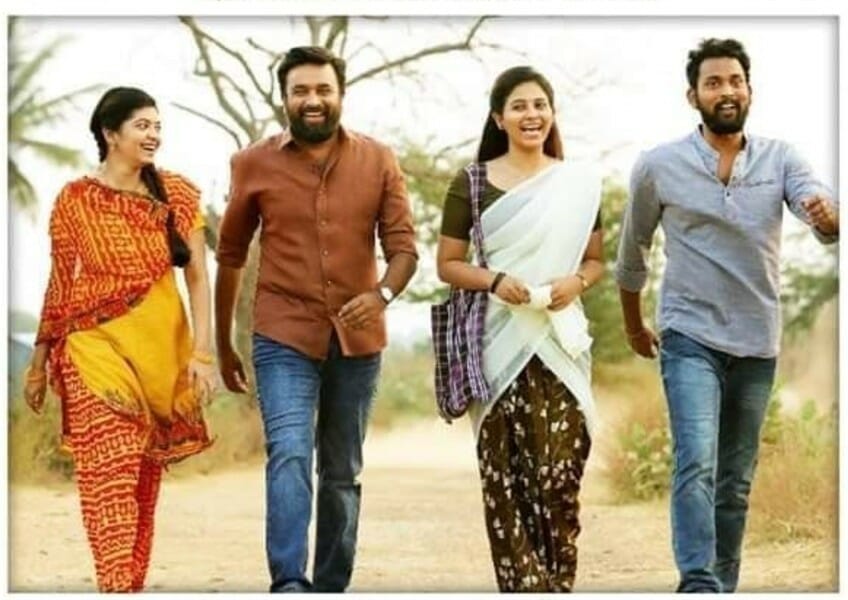 Jeeva (Sasi Kumar) is a social reformer with idealistic political views who engage in social activities with a handful of youngsters in his team which also include Pandi (Bharani) and Sengodi (Anjali). He is also a bachelor past his marriage age. His principles and social works scare away many potential alliances. Once, Jeeva and his gang happen to see a video of an individual being hacked to death in the name of honor killing. This incident shatters their world and they get obsessive about the infamous episode. The yearning to do something about the ill event breeds in them which lead them to host a conference about ill effects of caste to bring like-minded individuals together. So that they can together, be able to create awareness among people about the catastrophic effects of the caste system prevailing in the society and how it ends up taking the lives of people. This comes to the attention of a caste party political leader who does not see this as a positive development for him and concocts a plan to disrupt the event by causing riot.

Meanwhile, after many failed alliances Jeeva gets engaged to a wealthy girl Sowmya (Athulya Ravi) from his own caste and even gets married to her. But the shock of his life awaits him at the night of their wedding. Sowmya reveals to him that she agreed to marry him only because her caste adherent family pressured her in to it. Being a reformer and caste hater he decides to help her in eloping with her lover. Sowmya’s family learns about this and it does not incite a good reaction in them. Choosing caste pride over their daughter’s life they set forth a manhunt for them. Will Jeeva be able to save the young couple from their casteist family, is what makes the rest of the flick.

Director Samuthirakani has divided the film in to two half. The first half is almost entirely dedicated to deliver the abundant messages that the film maker wanted to deliver. From the start of the flick the messages keep coming there is no stopping the director. The second half of the drama is where the story actually being. With all the incidents that we get to witness in the drama, it seems as if the director has made a flick to just express his opinion and comment on the contemporary issues that took place in the state in recent past. He has covered almost every major issues right from the Jallikattu protest to Thiruppur honor killing to Thoothukudi Incident.

There are few scenes which are beyond over dramatic that push the entertainer to lose grip on the audience. The best thing about Naadodigal 2 is that generally flicks of this sort give its lead character a larger than life image but Samuthirakani refrains from doing it and has developed his lead character as someone relatable to an extent. Also, the relationship among the gang has been well crafted but we do not get enough of it as after a point the film navigates to other aspects.

Actor Sasi Kumar has delivered what was asked of him in the best way possible. Though few portion are outrageous and the actor look helpless in depicting them. Surprisingly actress Anjali has bagged an interesting role and has totally lived up to it. Actress Athulya Ravi does not have much to offer in a very limited role. The rest of the cast has delivered adequate performance.

On the technical front, musician Justin Prabhakaran’s sort of political rap song is rampant but he does not shine much with rest of his songs. Cinematographer N. K. Ekambaram frames are placed at good angles with editor A. L. Ramesh’s scissors further complementing his work.

On the whole, despite good intentions Naadodigal 2 falls flat due to film maker Samuthirakani’s unbending resolve to deliver messages ahead of the story.