There are a lot of things that is working in Taramani’s favor – its amazing performances, its bold story and of course the fantastic dialogues. Ram’s Taramani was one of the most awaited films of this year, mostly because his first film, Katradhu Thamizh, which received overwhelming acclaim. This film, like his previous one also deals with the story of IT engineers, but packed with more social message.

The film follows Althea (Andrea Jeremiah) and Prabhunath (Vasanth Ravi) – one a successful HR professional and other a wandering youth, who is wasting away his life because of a failed relationship. Through their courtship, the film has tried to connect killing of Tamil fishermen, nationalism associated with cricket, male sexuality, unbridled urbanization, police brutality, demonetization and so on. The film is interwoven with complex intricacies of society and human life. It never shies away from asking the cringing questions and somehow, with such a heavy narrative, the film soars high. 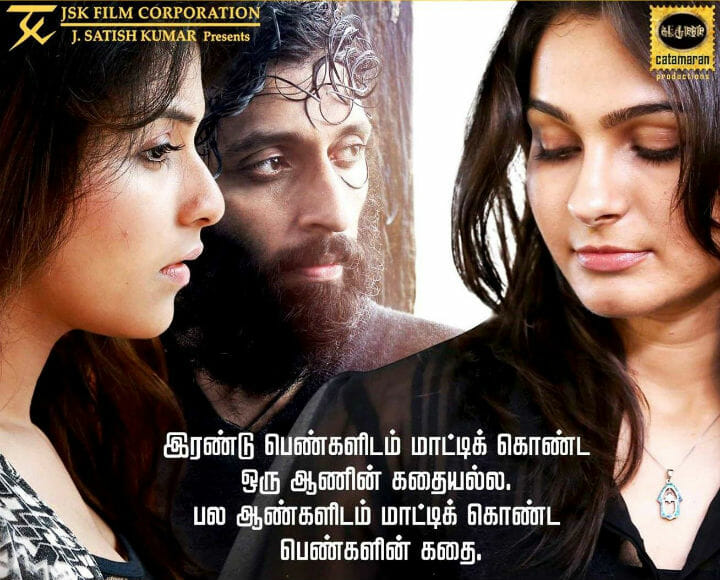 The movie successfully questions and demolishes every kind of stereotype out there. And it does that with subtlety and at times through a loudspeaker. The beauty of Taramani’s script mainly lies in the small things that are nuanced yet provocative; like when Althea finds her husband with a man, questioning our perspective of homosexuals. Similarly, when her five-year-old son is seen with a white stick like thing in his mouth, almost all in the audience thought that it is cigarette, only to find out that it is a lollipop.

Many such ‘perceptions’ are pleasantly broken and recreated and that is why Taramani is such an effective film. It is a film with powerful message and it never falters to make them piercingly felt. Althea smokes and drinks, but the film never judges her, and why should it? The best thing about Taramani is that it is empowering to either the sexes or anyone in-between.

Taramani feels fresh and the credit must be duly given to its director Ram. But the heavy lifting of the film is rested on the shoulders of its two leads. Andrea and Vasanth made the characters as realistic as it was possible. Watching them was like watching two of your friends making their way through the life. These are two powerful performances of the year. Vasanth may have made his debut with this film, but it never showed in his performance. He acted like a veteran and imbued the character of Prabhunath with utmost finesse. However, it is Andrea who stole the show with her understated yet impactful portrayal of Althea. She made the character her own and we couldn’t but marvel at her performance.

Along with the performances, thanks to Ram’s voiceover and witty dialogues, the film stayed engrossing till the end. The movie, however, does lose its focus a bit in the middle and takes its own time to get back on track, but these are minor complains in an otherwise great film. If you are planning to catch a movie this weekend, make sure that it is this one.