Podhuvaga En Manasu Thangam has nothing new to deliver; rather it doesn’t even tries to give the audience a new plot or a story. It is a lazy filmmaking that depends on old Tamil films and completely stands on the plotlines that we have seen a million times before.

Podhuvaaga Emmanasu Thangam, starring Parthiban, Udhayanidhi Stalin and Nivetha Pethuraj, deals with the lives of the people living in two neighboring villages, their problems, religious beliefs, and more. The film’s plot is extremely thin and it never tries to go into the depth of any message that it tosses so casually. 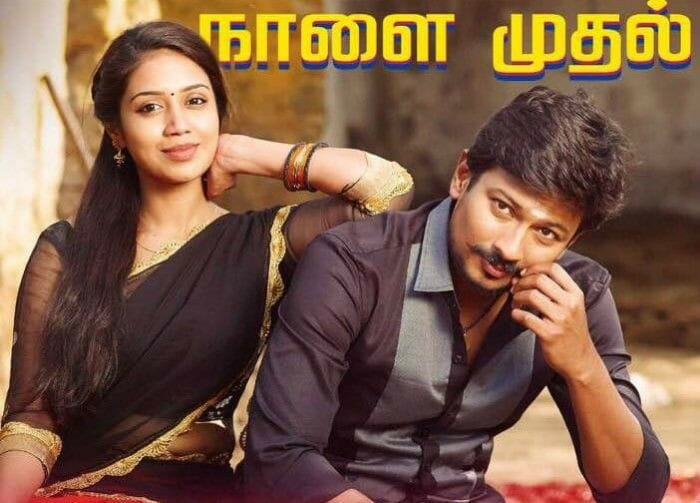 The movie is full of déjà vu moments, especially from the film Varuthapadadha Vaalibar Sangam. The first half of the film starts on an interesting note, however, as the film progresses; it loses its pace and begins to test your patience, frankly you lose your interest almost within 20 minutes into the film. Apart from a few scenes involving Udhayanidhi, Soori, and Parthiban, the majority of the film doesn’t even entertain you.

Ootakoothan (played by Parthiban) is snubbed by a village elder. As he possibly belongs to a higher caste, Ootakoothan swears revenge. He vows to drive away everybody in the village, and bring the temple and its deity under his control. And so he manipulates, connives, schemes, and plots. He finds the villagers jobs in cities far away where they can make a better life for themselves. Soon the population of 2000 reduces to 600. Among these 600 is Ganesh (Udhayanidhi), who is a seemingly happy-go-lucky drifter with a heart of gold. He always does “good” for the village along with his sidekick Tiger Pandi (Soori).

Soon Ganesh and Ootakoothan crosses path and conveniently some mildly creepy interludes and stalky courtship later Ganesh falls in love with Ootakoothan’’s daughter. Now, Ootakoothan has even more reason to want Ganesh out of the way. Thus begins the game of cat-and-mouse between them, with the extremely familiar Tamil cinema plot devices thrown in. We’ve seen them a number of times in films like Mr. Bharath, Mappillai, and many others. The film is so familiar that you can sit in the cinema hall and point out the movies that you have seen the scenes in.

Only Parthiban manages to actually make things half-way palatable. His character is consciously written as a complex person with both good and bad. A little bit more bad than good, to be exact. Despite the failing script, Parthiban still puts in enough evil into Ootakoothan to make him the only solid thing in the entire story.

The most cringe-worthy parts of Podhuvaga En Manasu Thangam are the romance sequences between Ganesh and Leela (Nivetha Pethuraj) as the two never manages to get into the character, making both of them look artificial and stupid.

Its 2017, you would certainly expect a better film onscreen. Don’t waste your time watching it.