Lakshmi is a 10-Year-Old school and dance is her passion and everything. In fact, she feels dance in every movement of her life. Her ambition is to participate in India’s topmost dance show and win the championship. But Lakshmi’s mother doesn’t like dance and she’s totally against it.

So Lakshmi joins a dance school without her mother’s notice and learns dance. She even participates in a dance show which is conducted by Chennai Dance Academy and she loses in that. Due to that loss, she loses mentally and she’s upset. Now enters Prabhu Deva and he requests one more chance for Lakshmi and he coaches her. 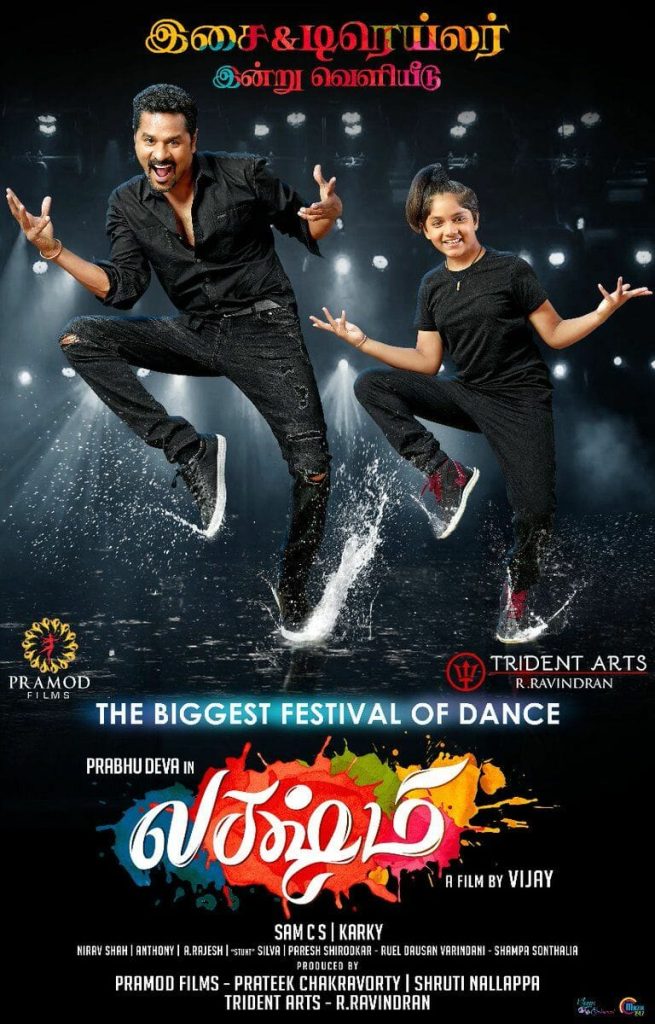 After a lot of struggle, Lakshmi enters Pride of India championship and whether she won the trophy or not forms the rest of the story. The whole movie is based on ‘Dance, Dance, and only Dance!’. So in case if you don’t have an interest in dancing, stay away! Sam CS Music and Nirav Shah cinematography are big assets for the movie.

Divya Pandey, Aishwarya Rajesh has done decent roles and they have given their 100%. Prabhu Deva is adequate in his role and once again he lives upto the tag of ‘Indian Michael Jackson’. Karunakaran provides laughter and Kovai Sarala is apt in her role as school headmistress.

Prabhu Deva already acted in a dance movie earlier and we can call this movie just a sequel to it. However, it’s the young kid who stands tall among everyone else. The movie has rich technical values and editing has been crisp. Sam CS has scored once again after ‘Vikram Vedha’ BGM and the movie lights up the tone with his score.

Overall, ‘Lakshmi’ is a real celebration of dance for dance enthusiasts.