Kalari is yet another movie based on bloodshed, gore, violence! The movie is set in a small town in Kochi, where Tamils reside. The small town named Vaathuruthy in Kochi is called as Mini Tamil Nadu. The movie begins with the director’s narration who says Violent crimes are so common in this place. But does it have anything relevant to the film?

Why the movie gets the title Kalari? The answers are narrated in a tasteless fashion. The movie is about Kumaresan (Krishna), who is a coward and weak-hearted person. He doesn’t even know to fight and he can’t even take a decision with a whole heart. 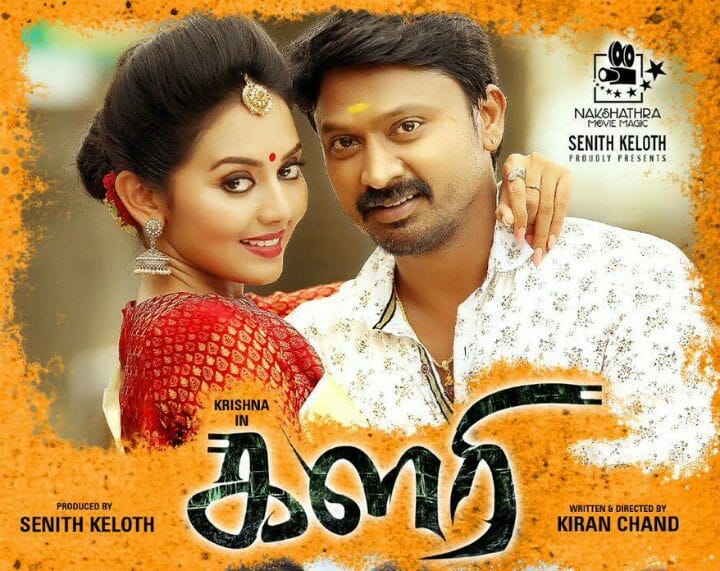 He tags himself as ‘Zappa’. His abusive and alcoholic father MS Bhaskar has been in sublime form. The hero wanted to get his younger sister get married to a good guy. But unfortunately in some twists, she gets married to a guy who shares his own wife with his boss and the characters are totally practical and two-dimensional.

Well, We totally forgot Vidya Pradeep who is the female lead role. She owns a beauty parlor and she just fills the gap. She has a lot to offer. Be it glamour or acting, she offers a lot in this power-packed movie. VV Prasanna scores a lot in BGM but falls a little short paced in songs.

All the songs are instantly catchy. Krishna who chooses off beat movies came with the sleeper hit ‘Pandigai’ last year. But now with ‘Kalari’ he lost again and goes back to the roots. The tear-jerker moments will crush your heart. The movie has it’s moments as the comedy portions work out and the humor is good. The climax will leave you shaken and it has an open ending too.

Overall, Kalari is a good watch!