For those of us who are convinced that we have seen the worst of Tamil cinema, The Legend comes in, to take us by surprise and prove us wrong. The film tells the tale of a scientist who makes it his life mission to find a cure for diabetes after it claims the life of his best friend. Popular entrepreneur Saravanan Arul is venturing into Tamil cinema as an actor with The Legend. Director J D Jerry of Ullaasam fame has directed the drama. So, how has the mass action flick The Legend come out? Will it be a memorable debut for actor Saravanan Arul, and revive the career of story teller J D Jerry? To know that let us get into the movie review. 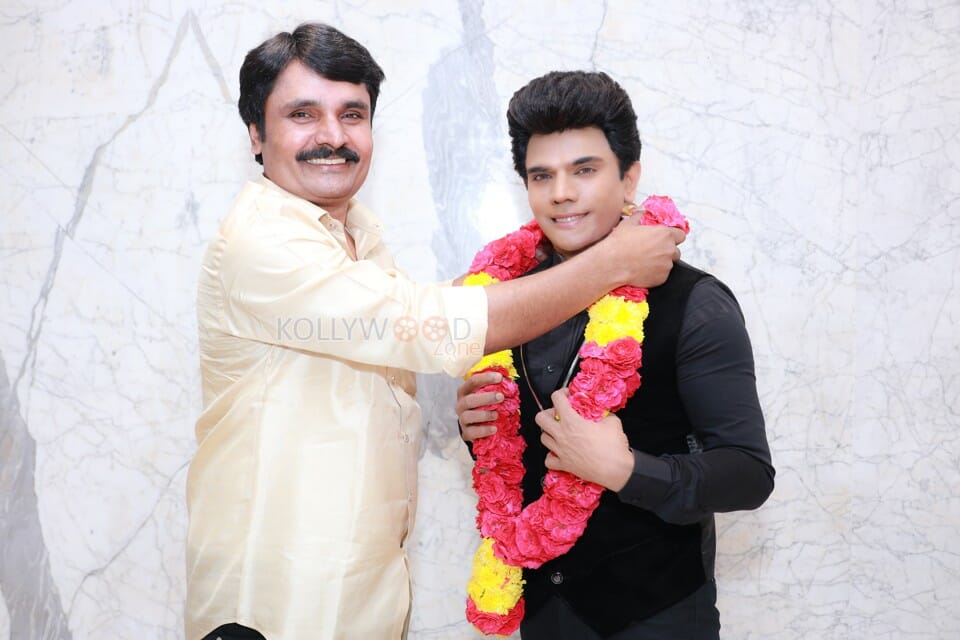 The film follows the life of a doctor named Saravanan (Saravanan Arul), a celebrated scientist whose cutting-edge discovery has transformed the field of antibiotics responsible for saving millions of lives around the world. His successful discoveries have sent an existential threat to the global medical mafia trying to cash in on over selling drugs. Apparently, this puts them behind his back. Saravanan loves his large family, and people of his community so much that he forgoes the opportunity to work in advanced research and development centers of the world, and works from his village.

Things take a drastic turn, when Saravanan’s friend Thirupati (Robo Shankar) loses his life to diabetes. His friend’s death affects him deeply, and propels him to find a cure for the disease. When the global medical mafia learns about his research, they outsource the job of sabotaging his work to their Indian partner VJ (Suman). In his effort to fight the mafia, Saravanan loves a person dear to him. Will Saravanan cast aside his personal loss and complete his research successfully while also taking on the mafia, is what makes the rest of the flick.

Director J D Jerry’s The Legend is enjoyable or miserable contingent on the perspective from which it is viewed. It would be the pinnacle of all disastrous dramas Tamil cinema has witnessed if you take it seriously, if not, The Legend is 160 mins of unadulterated entertainment. Actor Saravanan Arul leads from the front and hardly a frame goes by that does not stunt or entertain us. Seems like director J D Jerry and his team knew what they are in for, and looks like they have had their share of fun too. It is as if they are asking, why should the audience have all the fun? To be honest, director J D Jerry’s one line has a message that is worth exploring. If only they had cared to add the writing division to their lavish spending spree, and had brought a proper writer on board, the screenplay could have had something for the audience.

There still was one way director J D Jerry could have made The Legend work. Simply, he could have billed the movie as a satire drama. It had much scope to succeed that way. Interestingly he did not. Actor Saravanan Arul’s wild desire to live a dream has turned out to be a great pecuniary advantage for filmmaker J D Jerry and his team. But Saravanan Arul is unwavering in his pursuit to become a leading mass action hero, and fill up the void created by diminishing popularity of superstar Rajinikanth. He has already begun work for his sophomore project. Winners don’t quit, you see.

We were baffled by actor Saravanan Arul’s performance. Many artists have shocked us in the past in the name of performing. But actor Saravanan Arul takes it a step further. Actress Geethika Tiwari disappoints even in a filler role that demands so little of her. Actress Urvashi Rautela has nothing to offer other than skin show. Actor Suman over performs his part making his already dramatic character even more dramatic. What is worse about The Legend is watching even veteran actors like Prabhu, Nassar, Sachu, Latha, and Vijayakumar struggling to perform. Even with a cluster of comedians Robo Shankar, Yogi Babu, Livingston, Thambi Ramaiah, Devadarshini, Munishkanth, Singampuli, Mayilsamy, and Deepa Shankar, The Legend hardly provides anything to laugh at intentionally. Actors Vamsi Krishna, Hareesh Peradi, Mansoor Ali Khan, Besant Ravi, and Rahul Dev do what they have been doing in Tamil cinema for more than a decade. It was good to watch late actor Vivek for one final time on screen though. The rest of the cast has delivered a below par performance.

On the technical front, music director Harris Jayaraj is clearly not at his best. His tracks are apathetic. Even his background score is just too loud and does not add any value to the flick. His work reeks of insincerity. Perhaps, he thought this level of work is enough for a film like The Legend. Cinematographer R. Velraj has covered the drama from best angles but still the visuals seem unbearable. The bad performances have an awful impact in the visuals as well. The visuals are so poor that even it strains ace editor Ruben’s work.

On the whole, actor Saravanan Arul’s vanity project ends up achieving the stark contrast of what it set out to achieve.

First Look Poster Of Aishwarya Rajesh’s Farhana Is Out!