If you had watched the director’s debut movie Arima Nambi, it too had portions of this sort. But it was just moments of weak spots. But Enemy is just filled of such moments. Despite all the loopholes and weak writing Enemy does manage to get our attention from time to time but it just does not capitalize on them.

Naming a film that stars two wide known best friends in the industry as Enemy, is one way to lit up the curiosity game. Story teller Anand Shankar who marked his entry in to Tamil cinema with his thriller drama Arima Nambi, followed it with an experiment flick Iru Mugan. This engendered anticipation on his third. Adding Vishal and Arya to the cast just upped the expectation level. It has been a decade since actors Vishal and Arya came together for Avan Ivan in 2011. Now they are back together on screens once again with their mass action thriller Enemy. So how has the entertainer come out? Will it earn them critical acclamations like their previous venture did and put them in a sound commercial success spot? To know that let us get in to the movie review. 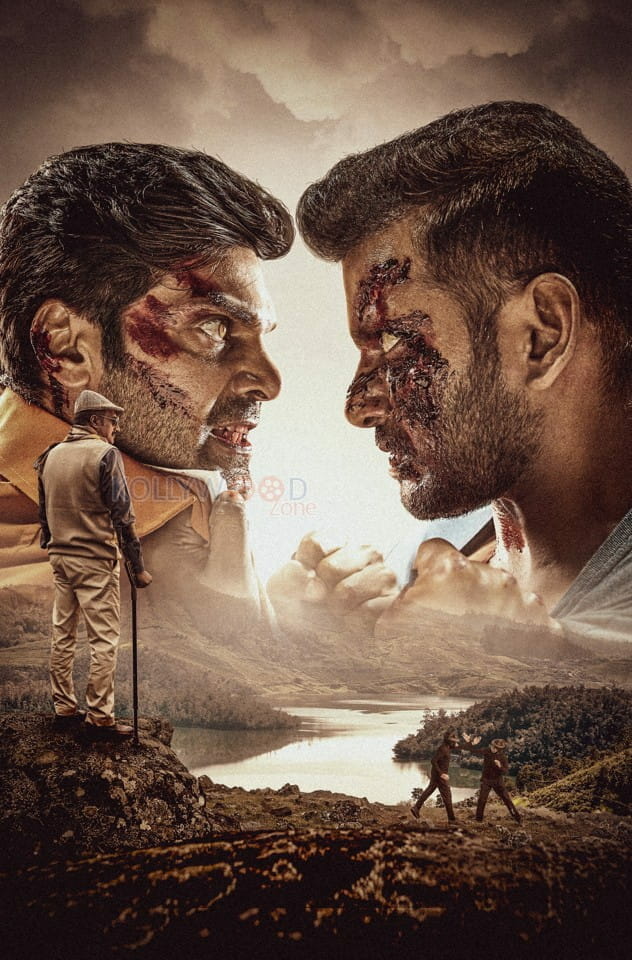 The film follows the life of two best friends Chozhan (Vishal) and Rajiv (Arya). Out in Ooty, Chozhan a kid, is experiencing an insipid upbringing under the influence of his risk aversive father Ramalingam (Thambi Ramaiah). Chozhan is not allowed to even go out let alone try doing anything new. Chozhan has his redemption, when Paari (Prakash Raj), a retired CBI officer moves next to his house along with his son Rajiv (Arya). If Ramalingam is one stereotype of a father, Paari is another. Paari has already decided that his son is going to become a cop while he is hardly ten. He trains him vigorous. Piqued by the action involved, young Purachi Thalapathy puts himself on board and begins to train along with Rajiv. Paari teach them the esoteric police operation dexterities from even before the age where they could understand what it is. As days pass, he judges that Chozhan is sharper and has the capability to make it as a cop.

He begins to press Rajiv to work hard. Jealously begins to brew in Rajiv. Out of the blue, one day Paari is murdered. Fearing the police investigation Ramalingam shifts his family to Singapore sending Chozhan and Rajiv in different paths. Fast forward. Now, Chozhan is a departmental store owner in Singapore. But hey, that is just his part-time job – a cover for the vigilante side of him. He is the robin hood of Tamil people in Singapore. Chozhan implies everything he learned from Paari to help the Tamil community in Singapore. Yeah, the Purachi Thalapathy mode. As we all know fate (or director Anand Shankar) brings Chozhan and Rajiv together again after 25 years. Now, Rajiv has gone on to earn himself a reputation of becoming the Interpol’s most wanted man. They go against each other. Will they destroy each other, or find a way to sing ‘En nanban potta soru nidhamum thinnen paru natpai kooda karpai polae ennuven’, is what makes the rest of the flick.

In Tamil cinema a hero can do anything, or whatever he sets his mind up on, however improbable it may seem to reality. It is this philosophy that has ruled k-town for decades. Film maker Anand Shankar uses the space that this philosophy enables to the maximum. His hero is an ordinary man, but if he wants to break in to a building with tight surveillance, he will, without efforts. Simply, just like that. You cannot ask how, or is it even possible. He is a Tamil hero and there really is not anything that is not feasible for him. This is the tone in which Enemy unfolds. The larger-than-life picturing of the hero is thrown right at our face. Chozhan pulls off James Bond-esque stunts and Mission Impossible style break ins. But we do not know how could he. He did it. Just buy it. Story teller Anand Shankar seems to say.

If you had watched the director’s debut movie Arima Nambi, it too had portions of this sort. But it was just moments of weak spots. But Enemy is just filled of such moments. There is a scene in which Rajiv, the most wanted assassin in the Interpol’s list brawls with Chozhan for the chocolate that he was deprived of in his childhood because of him. Was that meant to be funny? Seriously? One does not know what to make of it. Despite all the loopholes and weak writing Enemy does manage to get our attention from time to time but it just does not capitalize on them.

Actor Vishal as usual crackles as a fire cracker and comes around mouthing punchlines. But it has become tedious watching him do the same things film after film. Picking up an antagonist role, actor Arya has tried to do something different with Enemy. But his performance as Rajiv is not very different from what we have already seen of him. Oh yeah, there are two heroines in the flick. Actresses Mirnalini Ravi and Mamta Mohandas. Withdrawing whom would have at least shortened the lengthy running time. Veteran actor Prakash Raj makes his presence felt even in the limited screen time. Actor Thambi Ramaiah is impressive as always. Comedian Karunakaran throws enjoyable running gags here and there; the rest are not funny. The rest of the cast has delivered what was asked of them.

On the technical front, music director S. Thaman tracks are not inspiring and do not last in our memory for too long. Musician Sam C. S’s background score are thumping and lifts the mass moments. Cinematographer Raymond Derrick Crasta has covered the entertainer from all best angles emphasizing the efforts put in by the actors in action blocks. Editor Ruben has done a fine job with his cuts.

On the whole, if you are willing to overlook the blatant logical loopholes in the film, Enemy could be your cup of tea.