Nandha Durairaj who was last seen on screen as lead actor in the film Kallaattam comes back with a disappointing movie, Zhagaram. Though the attempt to make a film with a budget of 10 lakhs deserves to be applauded the clumsiness in the script frustrates to the core. 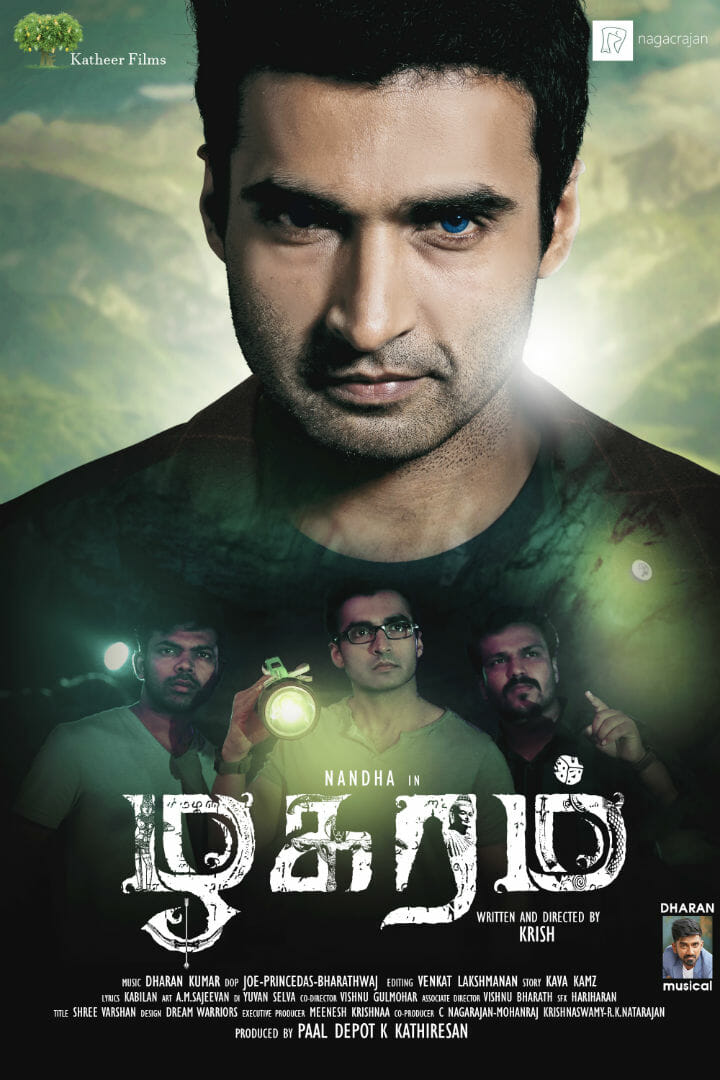 Akhilan (Nandha) is a youngster who ventures out along with his girlfriend Suriya (Eden) to find a truth behind a treasure after his archaeologist grandfather is killed by mysterious forces. Akhilan’s father hands over a birthday gift to Akhilan on his birthday that was left behind by Akhilan’s grandfather for him. With a great deal of curiosity he opens the box only to find a dice. Akhilan with the assistance of his friends tries to decode the message, which he feels that his grandfather has left behind for him in the dice. While on their process to decode the message, the posse receives a strange phone call, the mysterious person on the other end of the call claims that every action of the gang is being monitored. He also declares that the gang should lead him to a treasure for which Akhilan’s grandfather has left behind some clues.

The crew sets their journey to different places in order to increase their knowledge about the treasure. Like in every treasure hunt films they resolve many riddles to get to the next stage and similarly face a string of betrayals and setbacks on their way. What is the treasure that they are after? Who is the caller and how is he connected to the treasure and to Akhilan’s grandfather? Are they going to find the treasure, is what makes the rest of the movie.

Nandha, aptly glues in the character of a young man who is reluctantly after a treasure. The actor who has been out of projects for quite some time has made the right choice to give a small film a respect that it deserves. But if the actor had made some efforts to take the script to a decent producer and convinced him over the script it could have helped the film in a far better way. The flashback that speaks about Manimegalai, Jesus, Prophet Mohammad and the ancient Tamil civilization of Kumari Kandam craves for a good budget.

The actress who is introduced to us as an archaeologist makes us wonder in what way she is connected to her field as we do not get to witness anywhere in the film she dealing with some sort of archaeological project.

The director throughout the film wherever the script had plot holes has deliberately made attempts to hide behind the shoestring budget of the film. It is high time that film makers and producers of Tamil cinema comprehend that fresh scripts like this has high scope of performing well in the box office as audience are now expecting unique and different films from our film makers.

Considering the budget the VFX portions in the film is quite decent and forces to make a special mention.

In short, though heart longs to applaud the attempt of young talents, the plot holes and screenplay blunders in Zhagaram restrains from doing so.