Exciting times in Tamil cinema, is not it? Just look at the genre of films hitting the screens every week. Films aiming to delve in to human emotions, complex characters, and explore the unexplored. For decades, the popular genres of K-town have been, the ‘mass action, romance, and thriller.’ But now that scenario is rapidly changing. The irrepressible urge among the newbie story tellers to deliver something fresh for the audience is flourishing in Tamil cinema like never seen before. Last week we had a psychological thriller in Yaaro and this week we have Koorman on the same genre. Debutant Bryan B George has helmed the flick. Actor Rajaji plays the lead. While Janani Iyer is seen in the female lead role. So, how has the film come out? Will the entertainer act as a good launch pad for film maker Bryan B George, and give a break to actress Janani Iyer to revive her career in Tamil cinema? To know that let us get in to the movie review. 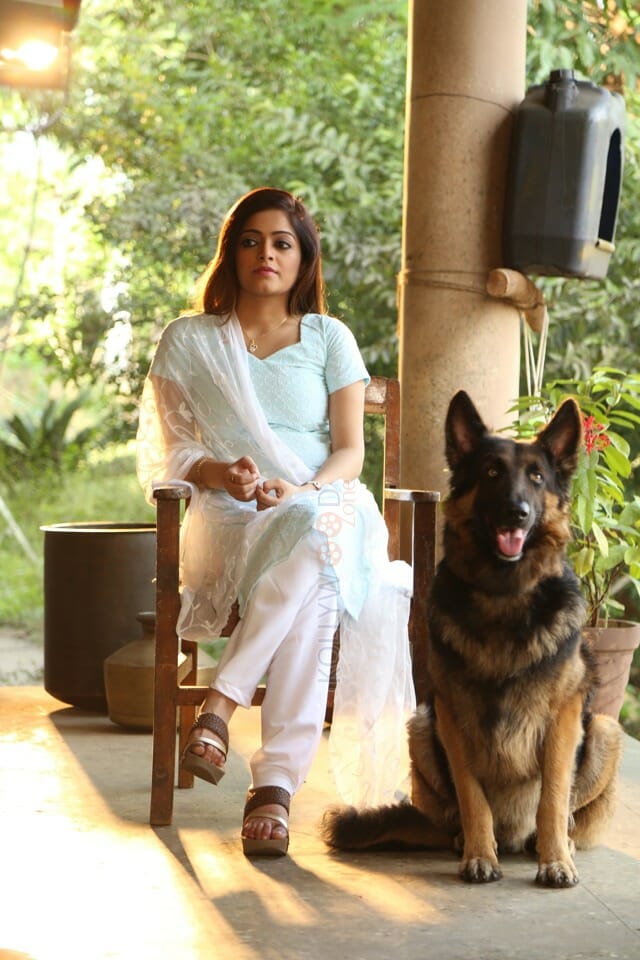 The film follows the life of Dhanasekhar (Rajaji), an ex-cop who gets sacked from the police department over a dispute. After which he begins to lead a reclusive life at a secluded location near Chengalpattu in his farmhouse that spans for 12 acres. The once sane and sharp cop is now believed to be a weird man. There is no such thing as a schedule to his life. He goes to bed and wakes up as it pleases him, eats whenever he feels the urge to, does not shave, and look clumsy all the time. He has an assistance Murugan (Bala Saravanan), who aids him in his day-to-day activities. Then there is a pet dog whom he fondly addresses as Subbu. With them there is also Dhanasekhar’s lover Stella (Janani Iyer), who might or might not be a real person. But Dhanasekhar spends time with her talking about stuffs.

Dhanasekhar has a special talent for getting in to the minds of people and get them to do things. This dexterity of his keeps him as an unofficial valuable asset to the police force. In order to draw out confessions from offenders, intelligence officer Raghuram (Aadukalam Naren) sends them to Dhanasekhar’s place. He puts them in an underground bunker of sort, works them out, and makes them to confess. Raghuram is concerned about breaking the law, but feels that he is struck in a helpless situation. One day he sends a suspect who is alleged to have raped and slaughtered a girl in a gruesome manner. As Raghuram feared, the suspect escapes from Dhanasekhar. What has happened to Dhanasekhar, is his girlfriend real or is he hallucinating, what are Raghuram and Dhanasekhar going to do about the suspect on the run, will they be able to apprehend him, is what makes the rest of the flick.

Debutant director Bryan B George is very ambitious with Koorman. He wants his character Dhanasekhar to be as powerful as Sir Arthur Conan Doyle’s Sherlock Holmes, and Agatha Christie’s Hercule Poirot. He gives his character a set of uncanny habits and shapes it with a touch of mystery. However, the performance of his artist and his writing to make his character exhibit these qualities do not back his ambition. His writing is so weak that the scenes have a different mood while his character behave in a contrasting way aiming to give the weirdo texture. But end up being unintentionally funny. To top it all, he seems to be confused as to where he wishes to place his flick. Whether he desires it to be a crime thriller, or a psychological thriller, or a message padam. He has opted to make Koorman all three. Why worry when you can simply make it a multi genre?

This approach makes Kooram go all over the place. It travels in a suspense for a period, then becomes a psychic film, from there to revenge drama, later shifting to a predictable message padam. The awful part is, it does not pique our interest in none of its endeavors. Besides all this, the more problematic path with the movie is its out of sense vigilante justice. Director Bryan B George deploys cheap tactic to get our attention which only further repels us from the entertainer.

Actor Rajaji has put in genuine efforts to fit in to the weird personality of Dhanasekhar. Unfortunately, he could not sell it convincingly. Actress Janani Iyer does not have much to offer to the proceedings except the ineffective mystery element in her part. Nonetheless, she has done justice to her part. Comedian Bala Saravanan does not serve his purpose but manages to make us laugh here and there. Actor Aadukalam Naren is effective as usual. The rest of the cast has delivered what was asked of them.

On the technical front, musician Tony Britto’s songs do not stay in our memory for too long. Yet, his background score adds value to the flick. Cinematographer Shakthi Arvind’s frames are adequate. Editor S. Devaraj has deployed his editing skills to uplift the work of his colleague.

On the whole, Bryan B George’s Koorman is the second psychological thriller of this month with interesting elements to build a script but is let down by weak writing and execution.