Of late, the number of newbie film makers coming in with interesting ideas in to Tamil cinema is rapidly increasing and is a beacon of hope for many youngsters out there hoping for their time to hop in. Unfortunately, of the massive flock of debutants only a handful of them end up turning their idea in to a solid flick and come to the limelight. While others disappear without a trace. The latest debutant to venture in to K-town with a fascinating idea is Sandeep Sai. The film attempts to explore the psychological aspects of a man who has had a troubled childhood and grows up to be a loner. Actor Venkat Reddy plays the lead hero while actress Upasana Rai essays the female lead role. So, how has the flick come out? Will it be a good launch pad for film maker Sandeep Sai in Tamil cinema? To know that let us get in to the movie review. 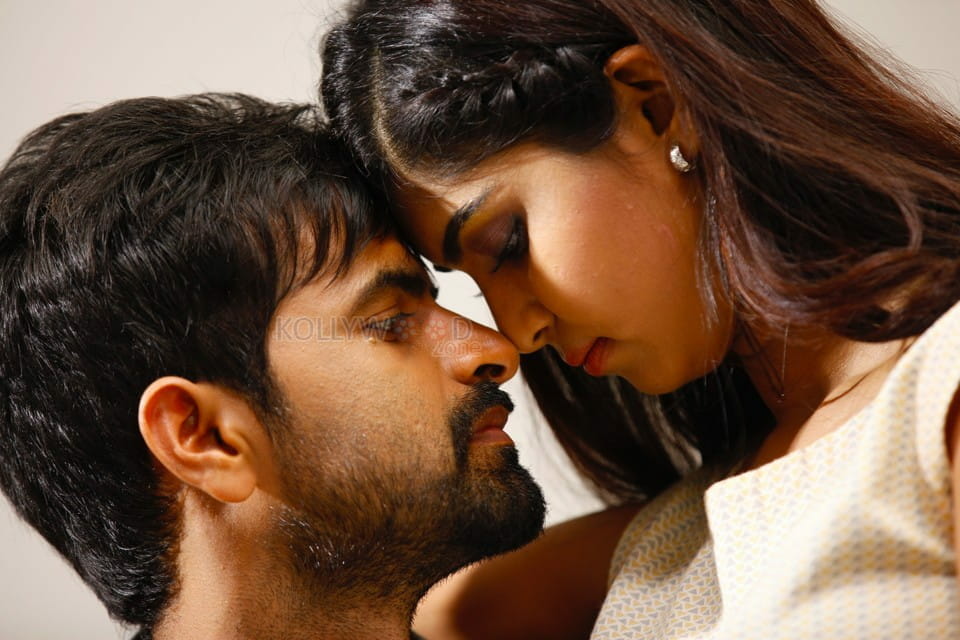 The film follows the life of John (Venkat Reddy), an architect living alone in a deluxe bungalow located in ECR. Though he has a girlfriend Pallavi (Upasana Rai), he is more sort of a loner. At the moment, nothing is going well in his life. He could not cope with the monotonousness of life, his career is not experiencing an upward moment, and on top of it he begins to suspect that he is being followed by someone. Things get eerie when he starts to see the person in his home. To even make things worser, one day he comes home to find a video camera at his place. He gets the shock of his life when he checks the footage in it. He sees a recording of a person being murdered. Perplexed, John reaches out to the local inspector and reports the events. John description of the scenarios lands him in trouble.

The inspector begins to grow suspicious of John. He attempts to know more about John and jumps to dig in to his past. Up on inquiry, the inspector learns that John has had a difficult childhood and is in midst of a complex psychological battle. He further pushes down to get to the roots of the man under his investigation radar. Who is John, why is he being followed, has he got anything to do with the murder or is he just hallucinating these events, what will the inspector find looking in to John’s past and will he apprehend the real murderer, is what makes the rest of the flick.

When was the last time we have had a good psychological thriller in Tamil cinema? Finding it difficult to recall? You are not alone. Probably Ratchasan? To open with, debutant director Sandeep Sai’s pick to go for a psychological thriller on his debut deserves appreciation. Yaaro is not a film that is a psychological thriller for the sake of being so. But rather attempts to walk in to territories that have never been walked before in Tamil cinema. Director Sandeep Sai as part of his psychoanalysis places a man’s childhood on the table and tries to dissect and find what sort of bearing a man’s childhood experiences has on him when he grows up to be an adult. This shot seems pretty interesting when put as a gist, but in the end, it just turns out to be an ambitious swing that fizzles out going nowhere where it intended to.

Story teller Sandeep Sai takes the entire first half of the flick to shape the stage for his lead character. He fills the half with empty scenes to maintain the suspense. It is only in the second half his character takes the center stage and we get to know about the character’s life as a child. After that point the film gets intriguing. Of course, the film has its share of short portions that pique our interest. The portions involving John and Pallavi, one’s exploring psychology theories, the police investigation. But all these moments do not gel up to make the big picture. Instead of threading his story more on these elements film maker Sandeep Sai resorts to jump scares to keep us in John’s world. As the entertainer unfolds it blatantly switches to the predictable zone. A little effort in writing in these parts would still have made Yaaro engaging. It is not just disappointing but also saddening to watch a potential idea being watered down and amounts to nothing. But sadly, it is the case with Yaaro.

Actor Venkat Reddy sells John effectively though not flawlessly. He has delivered a decent performance with finely handling different emotions including being paranoid, fear, and agony. Actress Upasana Rai has a decent part to play in the proceedings. She has done justice to her role. Actor Rajan Krishnamoorthy is adequate. The rest of the cast has delivered what was asked of them.

On the technical front, musician Jose Franklin’s track does not stay in our memory for too long. But he adds value with his background score. It is his score that sets up the mood of the film quite well. Cinematographer K. B. Prabu has covered the flick in the best ways possible. Editor Anil Krish has done a fine job with his sharp cuts.

On the whole, director Sandeep Sai’s Psycho thriller Yaaro is yet another low budget drama with an interesting idea but is let down by substandard craft.