Ram Kumar who gave ‘Mundasupatti’ and took a hit against fake beliefs is now back after a long hiatus in the form of a world-class thriller – Ratchasan. A Serial Killer is murdering school girls and a newbie cop should track him down before he increases the count.

Arun Kumar (Vishnu) is an aspiring director and he wanted to make a movie on a Serial Killer, but he faces rejection every time. Due to family pressure, he becomes a cop as his late father was a cop too. His uncle (Ramdoss) is also a cop and getting into the department is a cakewalk for him. 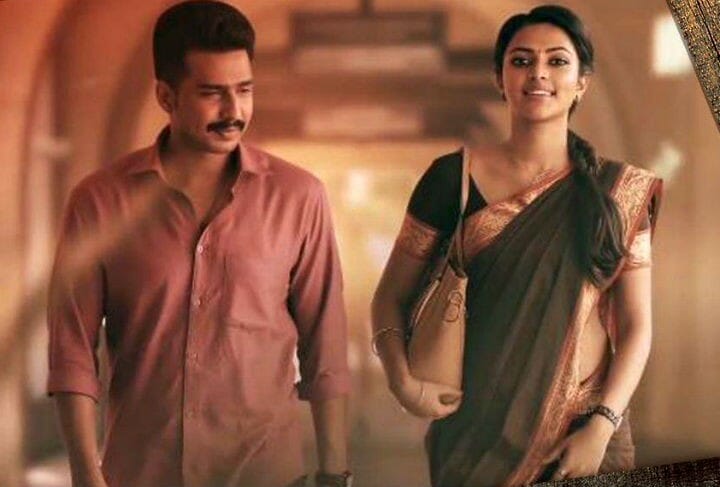 A girl is found murdered in a gory fashion and Arun just connects the dot to the previous case. He finds this is work of a serial killer. But he couldn’t get any clue. And with another couple of murders, he finds one is a personal loss.

So that increases his motive to catch the murderer. What happens next should be definitely watched on the big screen. ‘Ratsasan’ is a gripping thriller which is missed in Tamil Cinema for the most part. We don’t want to make comparisons, but this is far better than the recently released ‘Imaikaa Nodigal’.

The movie entirely keeps us hooked. However, on the flip side, the narration does falter and we see more melodrama. But somehow Ram Kumar manages to avoid that pitfall. The character of an egoistic superior officer is well narrated.

Technically, the movie is rich as the gruesome murders are shown with help of music and camera work itself. The romance with Amala Paul could have been avoided to make the movie more gripping.

Overall, an edge-of-the-seat thriller which you shouldn’t miss.