Tamil action hero Vishal who was last seen in Irumbuthirai will be seen next in Sandakozhi 2, the sequel to his 2005 blockbuster Sandakozhi directed by Lingusamy. This movie’s audio composed by Yuvan Shankar Raja was launched two days back in a grand event in Chennai along with celebrations of Vishal 25.

The event was attended by celebrities including director Shankar and legendary Malayalam actor Mohanlal. When he was elected as the president of Tamil film producers council, Vishal had promised that one rupee from every ticket sold will be given to farmers, and during this Vishal 25 event. 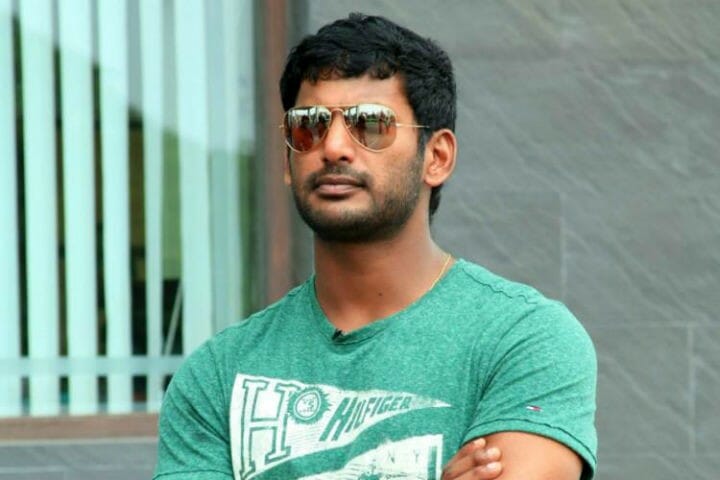 Vishal gave financial support to selected farmers. He had given funds worth 11 lakhs for 30 farmers and had given the same from the earnings of his last two hits Thupparivalan and Irumbuthirai.

He said that only if farmers get their feet dirty, one can have rice and eat food and that he was happy to set an example with this act. Meanwhile, the actor is all set to start his career in small screen.

Vishal is going to host a talk show which is going to reform the lives of the needy. The actor is bringing the famous Talk show ‘Memu Saitham’ from Telugu to Tamil and this show will be aired on Sun TV every Sunday at 9.30 pm.