Vada Chennai is the third movie acted by Dhanush in Vetrimaran’s direction. The duo had earlier collaborated in Pollathavan and Aadukalam, and Dhanush had also produced Vetrimaran directorial Visaranai. Vada Chennai will be set in North Madras and focus on the goons, lifestyle and love and lives of people of North Madras. 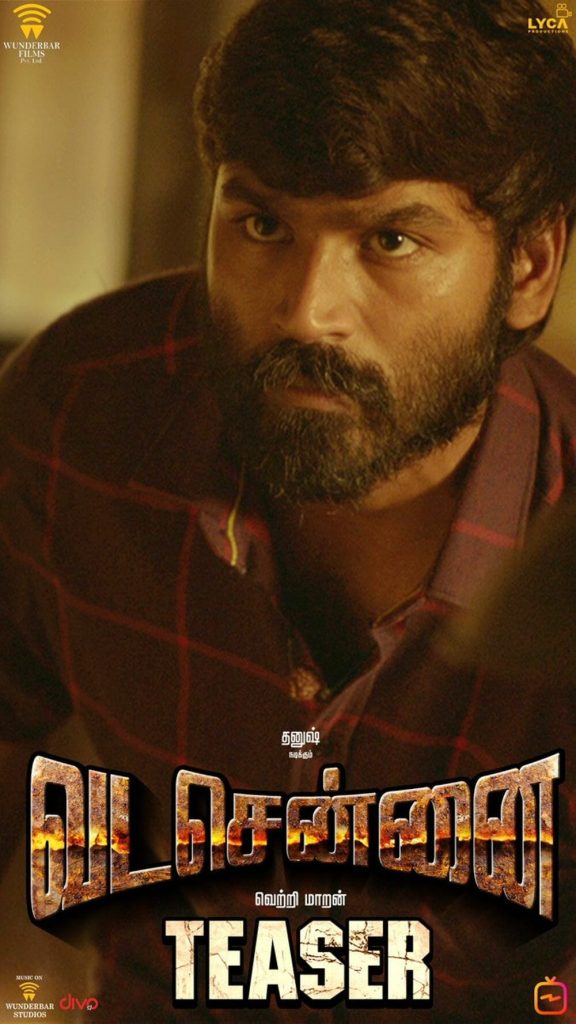 Dhanush plays an aspiring carrom player Anbu who wants to shine at national level, while the movie also stars Aishwarya Rajesh as his pair, directors Ameer, Samuthirakani ,Pawan Kumar, Daniel Balaji and Kishore, while Andrea Jeremiah plays Ameer’s pair. The teaser of Vada Chennai was released on eve of his birthday on Saturday.

Releasing the teaser, Dhanush said that Vada Chennai is his dream project, and will be a milestone in his career, adding that it will be a movie that will take him to next level, while also thanking his fans who had given a rousing reception to the teaser.