Actress Indhuja garnered the attention of Tamil cinema audience in her very first film Meyaadha Maan which was helmed by director Rathna Kumar with her character Sudarvizhi. The flick opened up to raving reviews from the audience and was critically acclaimed by the critics in the industry as a result of which the entertainer did a good share of commercial business. The performance of actress Indhuja was also highly spoken of. Following the success of the romantic flick the actress starred in the experimental drama Mercury which hit the screens under the directorial of story teller Karthick Subbaraj which also turned out to be a successful venture. The actress starred in couple of unnoticed flicks after Mercury like 60 Vayadu Maaniram and Billa Pandi. The actress once again hit the limelight when she was casted in actor Vijay’s upcoming film Bigil. Now, we have news on the actress’s next project which is titled as Super Duper. 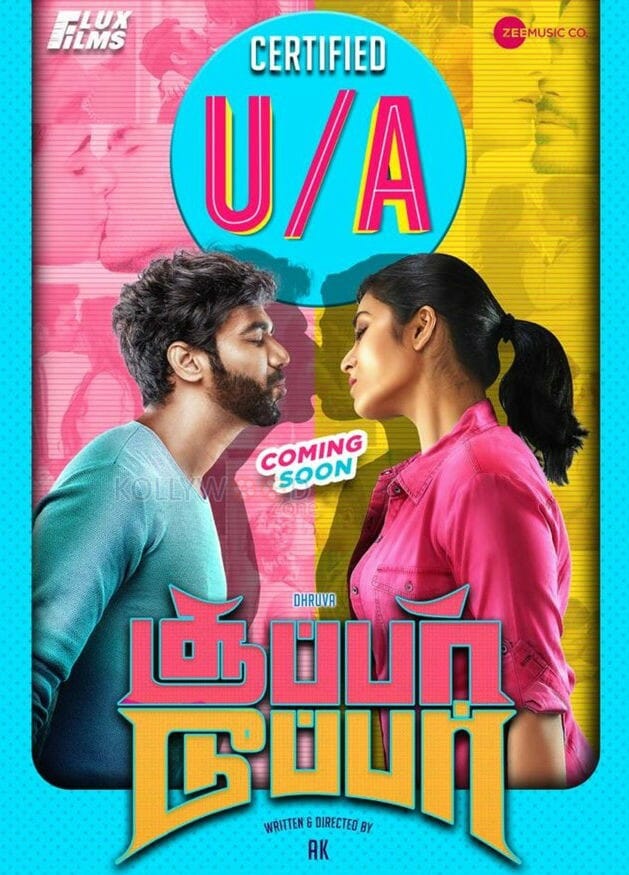 The flick which went on floors a long time ago is finally ready to hit the screens on 20th of this month. Actor Dhruva of Aanmai Thavarael fame will be seen in the lead role in the comedy drama while actress Indhuja will be his lover interest. Ahead of the release of the entertainer the production unit has unveiled the sneak peek of the flick on social media which has taken everyone by surprise. The actress who was so far seen in traditional roles has gone to the contrast side and has essayed a glamorous role in the movie that is what we get from the sneak peek of the film. In the few seconds cut we get to see actor Dhruva hitting on her and actress Indhuja plays along with him. The venture was recently sent to the censor board for certification where it was tagged with a U/A certificate. And now we know why.

The movie is scripted and directed by Arun Kumar, a short film maker in town who is known for his short film Legaa. The flick is said to have made with the perfect blend of emotions and fun. Earlier speaking about the venture the director said that the entertainer will be engaging for the audience and that they can relate to many of the events in the film quite easily. Apart from Dhruva and Indhuja, the casting department of the project has actors Sha Raa and Aditya depicting pivotal roles. The music for the movie is composed by Diwacara Thiyagarajan. The cinematography department of the movie is taken care of by Thalapathy Aathinam and Sundar Ram Krishnan while Muganvel has trimmed the entertainer. The motion picture is bankrolled by Shalini Vasan under the banner Flux Films.

On the professional front, actress Indhuja who was last seen on screens in the crime thriller Magamuni is currently busy shooting for her upcoming venture titled as Khaki under the direction of story teller A. Senthil Kumar in which she will be sharing the screen space with actor Vijay Antony. The actress has also played a pivotal role in the Vijay starrer Bigil which is helmed by director Atlee.