Actor Sasi Kumar had a not so good last outing with his sports entertainer Kennedy Club which was helmed by specialist sports film maker Suseenthiran. The star cast of the film had veteran director Bharathiraja,Gayathrie, Soori, Smrithi, Soundarya and Meenakshi in different supporting roles. Though the actor has not delivered a solid hit in a long time, the Kutty Puli star has been on wheels between multiple sets and has half a dozen of films in his pipeline. The actor recently inked his signature for yet another project which is set to be directed by story teller Ponram. Now we have an interesting update regarding the title of the venture. 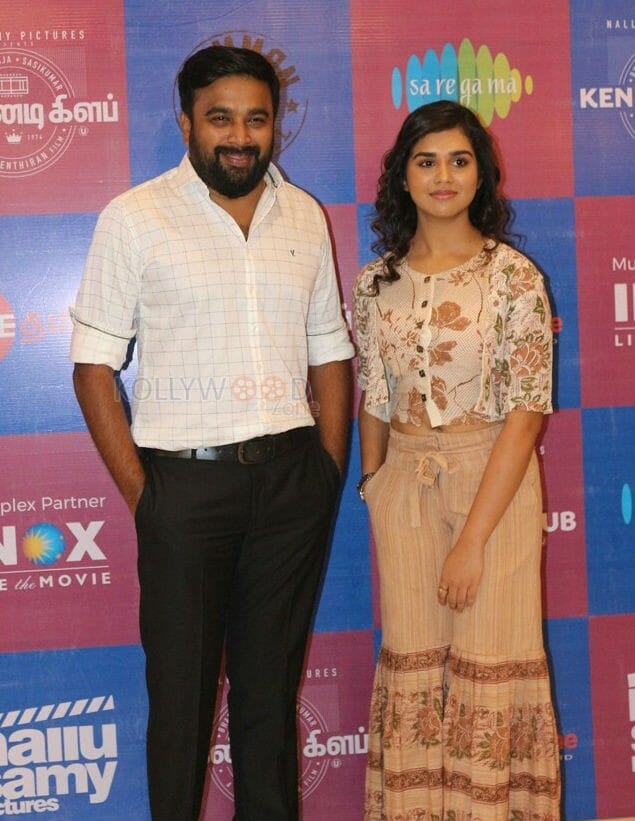 We have news coming in that the production house has chosen a title for the drama. The flick is set to be named as MGR Magan. Yes, you heard that right. According to a source close to the director, “Director Ponram will be next helming a movie with actor Sasi Kumar in the lead role. The entertainer will be an out and out rural drama. The flick is most likely to be named as MGR Magan. However, we are still waiting for an official confirmation.” If the project gets the above mentioned title it is sure to garner the attention of people in the state. This is indeed an interesting choice of title but we will have to wait to see whether the production house sticks to the title.

Earlier, it was announced that actor Rajkiran will be essaying a pivotal role in the drama. But now we have news that actor Sathyaraj has replace the Muni star. The venture is still in its pre production stage so the cast and crew that will be part of the entertainer is expected to be announced soon. Director Ponram has directed Sivakarthikeyan back to back in three successful movies Varuthapadatha Valibar Sangam, Rajinimurugan, and Seemaraja. So the expectations on the story teller’s next venture are very high. Actor Sasi Kumar is in desperate need of a hit as he has not delivered a solid hit after Kidaari which hit the screens in the year 2016. So the actor is said to have high hopes on the film that it will take him to the profitable zone.

On the professional front, actor Sasi Kumar is gearing up for the release of his next romantic thriller Enai Noki Paayum Thota which is directed by Gautham Vasudev Menon in which he will be seen alongside Dhanush. The actor is currently busy shooting for his multi starrer crime thriller Naa Naa which is helmed by director N. V. Nirmal Kumar of Salim fame in which the actor will be sharing the screen space with actor Sarath Kumar. Besides this movie the actor has an untitled drama which is set to be directed by Era Saravanan of Kathukutti fame in which the actor will essay the role of actress Jyothika’s brother. Apart from these flicks, the actor has Kombu Vecha Singamda, and Nadodigal 2 getting shaped up in the post production stage for release.

This controversial actress posted a shocking statement on...