Kollywood actress Keerthy Suresh has acted with Dhanush for the very first time in ‘Thodari‘, which was directed by Prabhu Solomon. The movie was taken inside a train and Dhanush has acted as a canteen boy and Keerthy Suresh as the touchup girl for an actress who travels in the train.

In this movie Dhanush has acted in action and as well as in romantic scenes and Keerthy Suresh’s role is highlighted and Dhanush has appreciated her performance and has told to many and when the news has reached Keerthy’s ears, she has felt very much honored about the actor. 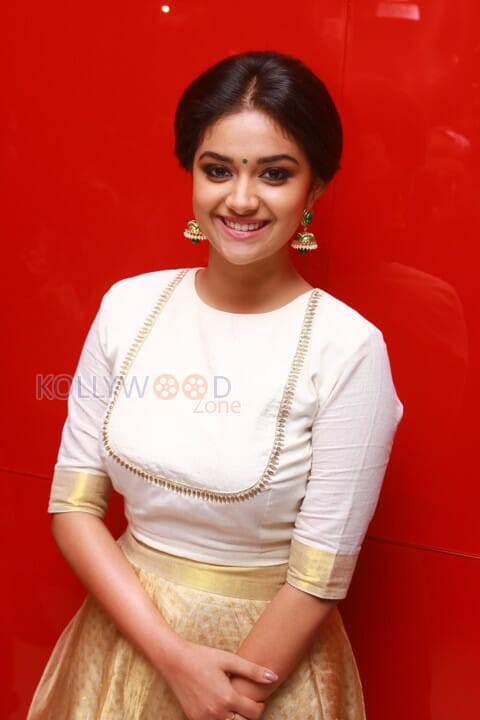 She has felt that Dhanush is a highly talented actor and he has appreciated the actress for her wonderful performance. Keerthy has called Dhanush and has expressed her happiness as he has praised her even though his role is not of that much importance in the movie.