Aandavan Kattalai is a Tamil comedy drama film, which was written and directed by ‘Kakka Muttai’ fame director Manikandan. On behalf of Gopuram Films Tribal Arts, G. N. Anbu Chezhiyan has produced the movie. The film features Vijay Sethupathy and Rithika Singh in lead roles. The music was composed by Krishna Kumar.

Actors like Nassar, Pooja Devariya, Vela Ramamurthy, Cheenu Mohan, Singampuli and Namo Narayana have acted in supporting roles. Vijay Sethupathy has acted in the character name as Gandhi and Rithika Singh has acted as Karmeghakhuzhali. The movie’s teaser which was released on September 9th has received good response from Vijay Sethupathy’s fans. 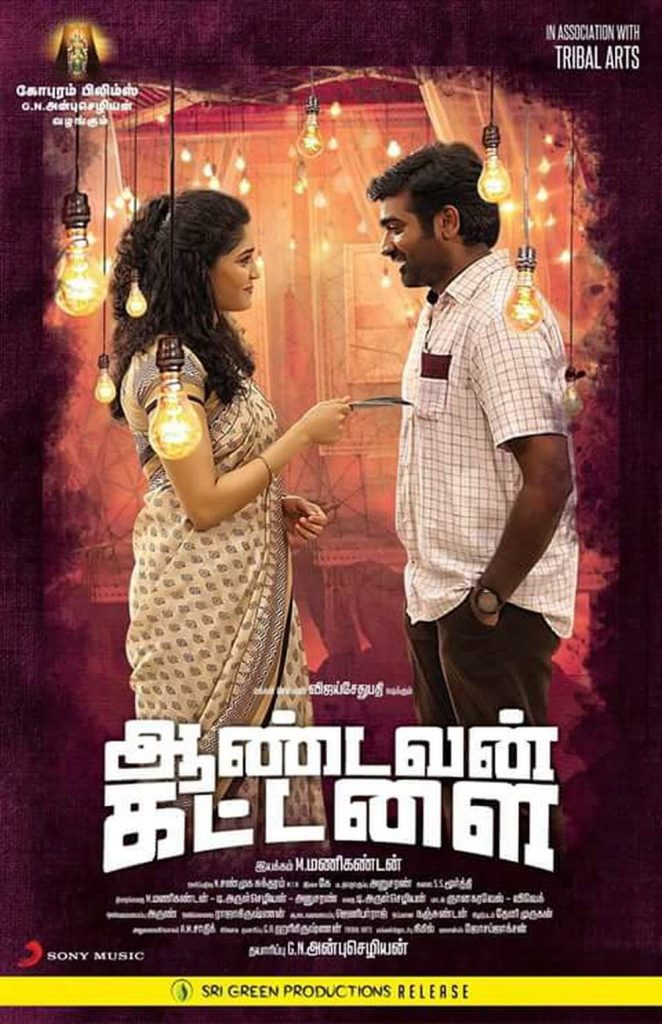 Rithika Singh has previously acted in ‘Irudhi Sutru’ along with Madhavan and she has earned good name in the industry. The director Manikandan of Kakka Muttai and Kuttrame Thandanai is back with the new project ‘Aandavan Kattalai’. Anucharan has made the editing part for the movie.

In the film Vijay Sethupathi has played as a boy who comes to the city from a village with the dream of travelling abroad. Ritika has acted as a young journalist. The film deals with the issue of fake passports. Vijay Sethupathy’ s usual style of acting will be liked very much by his fans.

It is a well written movie with a good comedy. Nassar has acted greatly. The first half is entertaining but the second half movies slowly. Sri Greens Productions has made the distribution. The movie can be watched for its entertaining comedy.