Namma Veettu Pillai is a crucial film in the career of actor Sivakarthikeyan as much depends on the success of the flick for the actor who had faced a huge setback with his comedy entertainer Mr. Local and Seema Raja. Director Pandiraj has teamed up with the actor for the third time. The film is deeply rooted on emotional and formulaic commercial elements. If you had watched the previous family entertainers of director Pandiraj you know what to expect out of the drama. But Namma Veettu Pillai seems to have fallen short of his own standards.

The film opens with Arulmozhi Varman (Bharathiraja), eldest person in the family voicing over the introducing of family members and their characteristic trait which nearly takes off the first 5 to 10 minutes of the film. Yes, it is quite a big family indeed. There are three sons and a daughter for Arulmozhi Varman. But the story predominantly revolves around Arumpon (Sivakarthikeyan) son of Chandrabose (Samuthirakani), late second son of Arulmozhi Varman. Arumpon is a youngster who leads a happy life in the big family and is very caring and affectionate to his sister Tulasi (Aishwarya Rajesh). Though the family members treat his sister Tulasi as an outsider he balances things within the family with lot of patience.

Arumpon wants to get his sister married to a perfect bridegroom. Whenever he filters out and comes up with a suitable person his family members reroute all of the alliances due to the mysterious heritage of Tulasi which is reveled towards the end of the film. Heartbroken by seeing her brother struggle Tulasi makes up her mind to get married to Ayyanar (Nataraj), a local hooligan with whom Arumpon has a share of resentments in the past. Despite Arumpon’s efforts the marriage takes place and now he has to deal with Ayyanar whether he likes it or not. Does the brother and brother in law (maman and machan) relationship conflict strike a bell in you? Yes, you got it right but no points for guessing. And for those of you who have not yet figured out, the reason behind your déjà vu feeling is that we have had Sivappu Manjal Pachai on the same genre recently. 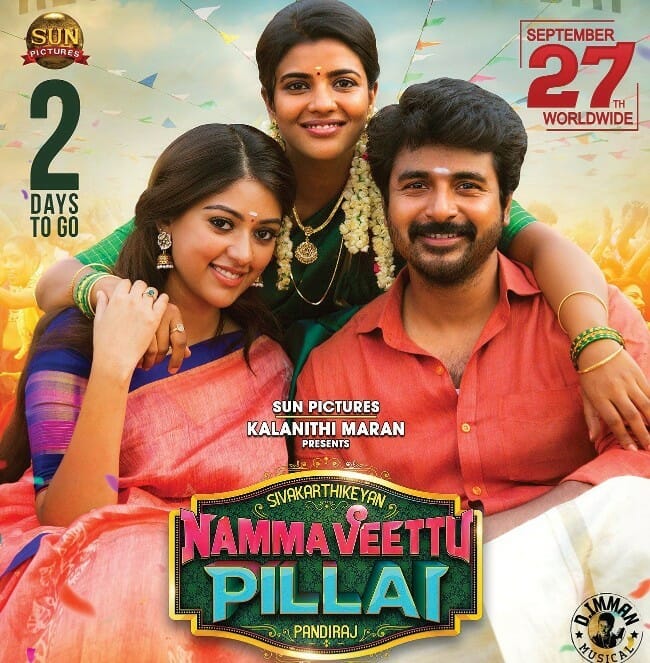 There are initial rough patches between the two but when Arumpon learns that his sister’s husband has landed in trouble and has put his entire family under danger, he does what every Tamil film heroes does. What is the mystery behind Tulasi’s past, how does Arumpon solve all the problems entwined in the family and wins the hearts of his family members is what makes the rest of the flick.

The plot of the film has been developed around a simple one liner which the Tamil audience used to watch every week in and out 15 years ago. Films which are with simple story line but high on emotions work well when the characters are neatly and deeply crafted something which director Pandiraj has totally ignored. It is difficult to comprehend which factor made the story teller to involve in float up characterization, whether it is the jovial image of actor Sivakarthikeyan’s or the obligation to have a commercial image to the lead hero.

Actor Sivakarthikeyan has done what he does best in every single flick of his. It is high time that the actor realize that he needs to pick up challenging characters to establish himself as a versatile actor. Actress Aishwarya Rajesh has more scope in the script that actress Anu Emmanuel to which she has done justice. The rest of the cast has delivered what was asked of them including actors Samuthirakani and R. K. Suresh, in spite of their minimum screen time.

On the technical front, cinematographer Nirav Shah has colorfully captured the big family drama; especially he let his frames speak for itself by capturing the big fat traditional functions of the rural family grandly. Though musician D. Imman is clearly not at his best, his background score elevates the mood of the scenes, particularly in the emotional moments where dialogues do not help much.

Director Pandiraj is one of very few directors who has a trademark for themselves in the Tamil cinema industry and dishes out movies on the same template over and over again yet taste success. But the problem with this pattern is that if the quotient of emotions even slightly goes up, the movie enters in to the melodramatic zone and in case if the quotient of emotions is less it acts as a lack of depth entertainer. It all depends on the balance between the right dosage of emotions and commercial elements which Namma Veettu Pillai has only managed to achieve to a certain extent.