Wagah is a Tamil romantic and action movie which was written and directed by G.N.R. Kumaravelan, who has earlier directed the movie ‘Haridas’. The movie has Vikram Prabhu and Kannada actress Ranya Rao in lead roles. D. Imman has composed the melodious music for the movie. On behalf of Vijay Bhargavi Films, M. Balavishvaanathan has made the production. S.R. Satish Kumar has made the excellent cinematography. 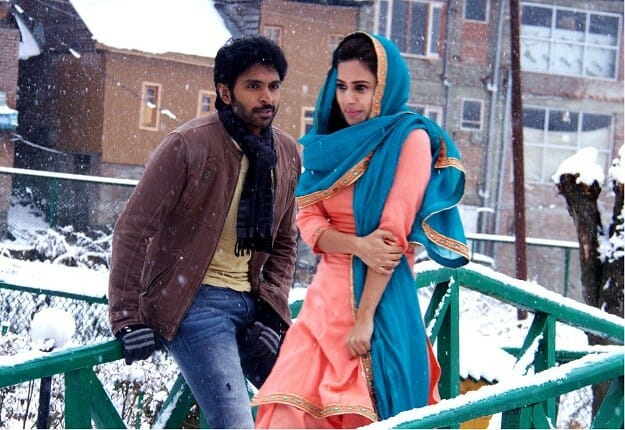 Raja Mohammad has performed the editing task for the movie. Actors like Tulasi, Ajay Ratnam and Karunas have acted in empowering roles in ‘Wagah’. The movie’s shoot had commenced from Karaikudi and has moved to Kashmir and later to Wagah border to shoot crucial scenes. Ranya Rao is making her debut movie in Kollywood industry.

Vairamuthu has penned the excellent lyrics for all the songs. The director Kumaravelan has told that if Haridas has spoken about autism and this film too will speak about something important. The film apparently deals with the love story between an Indian soldier posted in Wagah border and a Pakistani girl. Vikram Prabhu has acted as a Border Security Force officer and many scenes are shot at Kashmir near the India-Pakistan border.

Vikram has said former Chief Minister of Kashmir, Mufti Mohamed Syed’s son-in-law was the one who had helped them in getting approval for the shoot at Kashmir. The editing part is made wonderfully, which has shown the Kashmir beautifully and all the scenes are catchy. The hero faces lot of struggle to meet his lover and the songs are melodious to hear and the new face actress Ranya has acted marvelously and has proved her individuality. 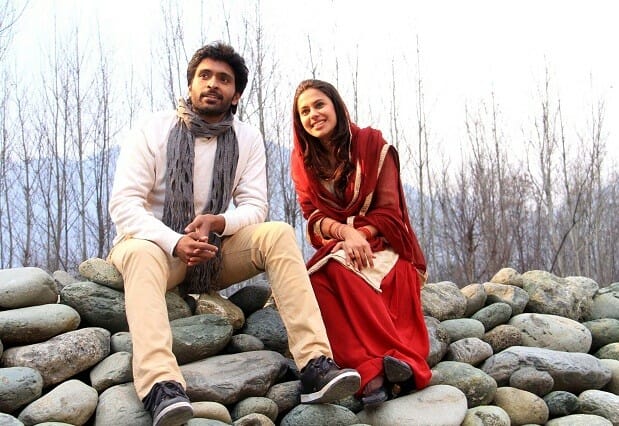 Karunas comedy track is good and enjoyable. The story is not about Wagah border, but indeed a good love story. The movie has shown the hardships and struggles faced by the army men. His life filled with danger and tension is shown excellently in the movie. Vikram Prabhu’s acting is awesome. Watch Kashmir in big screen and have a look at the struggles faced by army men every day.

Overall, an once watchable fare for its attempt.