Santosh Narayan has composed the music for Manithan. He has given a good background scores but there are some unwanted songs in the second part of the story. The movie’s is like Bollywood’s Jolly LLB and the difference between both the movies is the way it is presented and promoted. In the second half the movie goes very seriously with complete court drama. 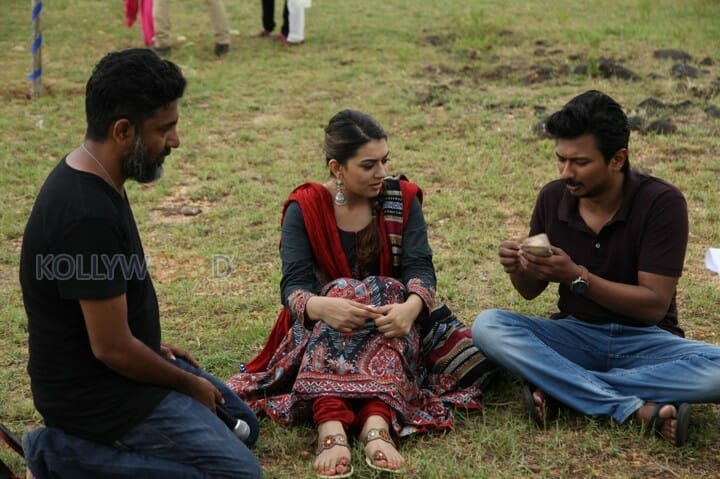 The movie is based on the real life incident which has happened during 1999, where a son of millionaire in drunken state of mind kills six innocent people and the case was handled by the powerful man Prakash Raj in the defense side and Udhayanidhi suppose to enter the court and tries to fight for justice. But during the last 15 minutes of the court scene Udhayanidhi makes a spectacular performance.

Hansika Motwani has not that much to perform and she has done justice to her roles. In the movie Radharavi and Prakash Raj are the showstoppers. Prakash Raj’s performance was tremendous and his gesture was extra ordinary. Vivek has acted and his acting is sure to get a big round of applause for his stylish posing.

Madhi has made the excellent cinematography and the Chennai location was beautifully picturized. This movie will be definitely liked by the audience as few scenes and court scenes are perfectly made by the director.

Overall, the movie is not good as remake, but it has its own emotions!