It is the season of sequels in Tamil cinema and not one flick other then the sequel of Chennai 28 performed well in the box office. And even this said to be comedy entertainer will go in to the list of miserably failed sequels of Tamil cinema. It is not the failure of the sequels that hurts but the idea of them calling it a sequel does. The concept of a sequel is either the continuity of the plot or the prequel story of the plot, but how can you claim it as a sequel when there is no sort of connection between the first part and the second. As a matter of surprise we get to know the news that this is actor Vimal’s 25th film of his career through the credits given in the film to the ‘All India Vimal Fans Association.’ Is not that a little too much? It does not matter, as it can be stomached when compared to the 140 minutes running time of tedious and hideous film. 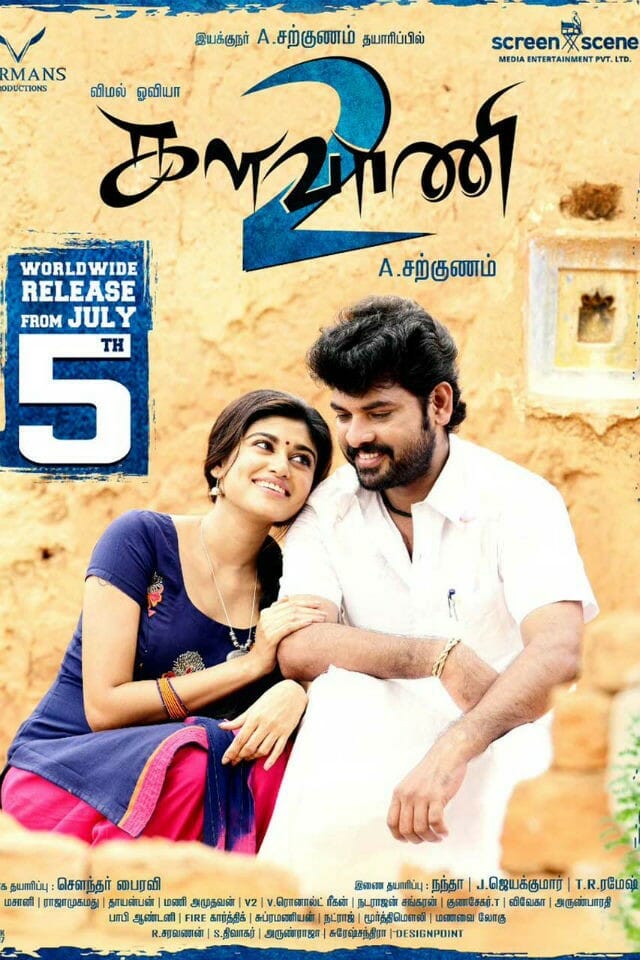 The film is molded on the same dogma with which the first was developed. An irresponsible and reckless youngster tails behind a young girl asking her to marry him. Here the director has cast the same artists with the same names but in a different context. Meaning, the prequel which ended with Vimal (Arkki) and Maheshwari (Oviya) getting married and even with them having a kid, begins in the sequel with them being complete strangers and in fact they have not met each other yet. Some of the mischievous and impish behaviors of Arkki were a relief in the first part but the so called sequel even lacks that. The only relief in the movie comes in the form of Saranya Ponvannan and Ilavarasu. The scenes involving them incite laughter among audience and that too because of the competence of the actors to turn an ordinary scene in to a comical one with their performance. Does not matter how much you read about it you will not be able to feel what the flick can do to you until you experience it, particularly in theaters.

Actor Vimal has done what the directed wanted him to do. As most of the roles that he has portrayed till date are quite similar, we do not feel anything fresh in the role. It is high time that the actor should realize the importance of trying out different characters in order to stay in the industry. Oviya, seems to have only a minimum number of scenes in the flick and does what she did inside the Bigg Boss house. Actors Saranya Ponvannan and Ilavarasu shine as a couple and look so compact as a couple. They are the only relief in the flick in which RJ Vigneshkanth, Mayilsamy and Ganja Karuppu were brought on board to do that task.

Director A. Sarkunam, when you look at the track record of the film maker Kalavani, Manjapai, Chandi Veeran, Dora and the drama starring Vimal, Vaagai Sooda Vaa which won the National Award for him, it takes efforts to believe that Kalavani 2 was inked from the pen of the writer.

On the whole, it is going to be a seven word review for the sequel of Kalavani, ‘The trailer was better than the movie.’