Balle Vellaiyathevaa is a comedy drama film which is written and directed by a debutante director P. Solai Prakash. The film is produced by M. Sasikumar, who also features in the lead role, alongside Tanya, while Kollywood industry’s female and popular comedian Kovai Sarala and Sangili Murugan are part of supporting cast. As always Sasikumar shows his muscle in a rural subject. 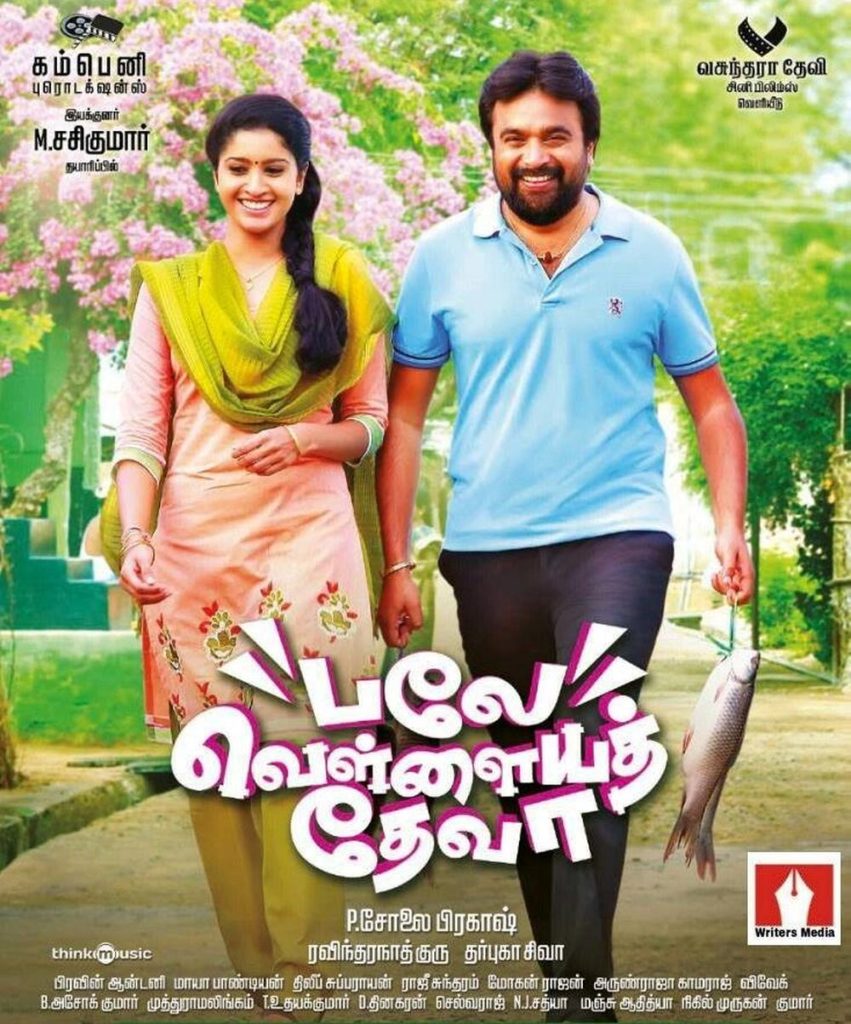 Darbuka Siva had composed the music and the cinematography and editing parts are performed by Ravindranatha Guru and Praveen Anthony. Tanya, the granddaughter of yesteryear actor Ravichandran, is romancing Sasikumar in the movie. The movie has generated a lot of anticipations with its trailer and audio. Balle Vellaiyathevaa is also clashing with Vishal’s Kaththisandai.

The heroine has made her entry as a debutante through the movie and usually Sasikumar’s movie will be based on village background and this movie is also of the same sort. Sasikumar has acted in his usual style of acting and the movie is filled with more comedy track and Kovai Sarala has done a good job in the movie.

She has acted along with Sasikumar,where both have acted as son and mother concept which has worked very well in the movie. The cinematography work is covered in surrounding a village. Kovai Sarala has acted as a post woman and her style of acting will win hearts of many.