Yogi Babu one of the busiest actors of Tamil cinema created huge expectations among the cinema goers in the state with the announcement that he would be making his debut as a lead hero in Dharmaprabhu. In addition to that the mythical fantasy genre made many audiences curious as the last film that hit the screens under the genre was Imsai Arasan 23am Pulikecei starring Vadivelu was a runaway success which hardly gave space for audience to remain laughter less. But to everyone’s disappointment Yogi Babu’s Dharmaprabhu turns out to be an inert experience. 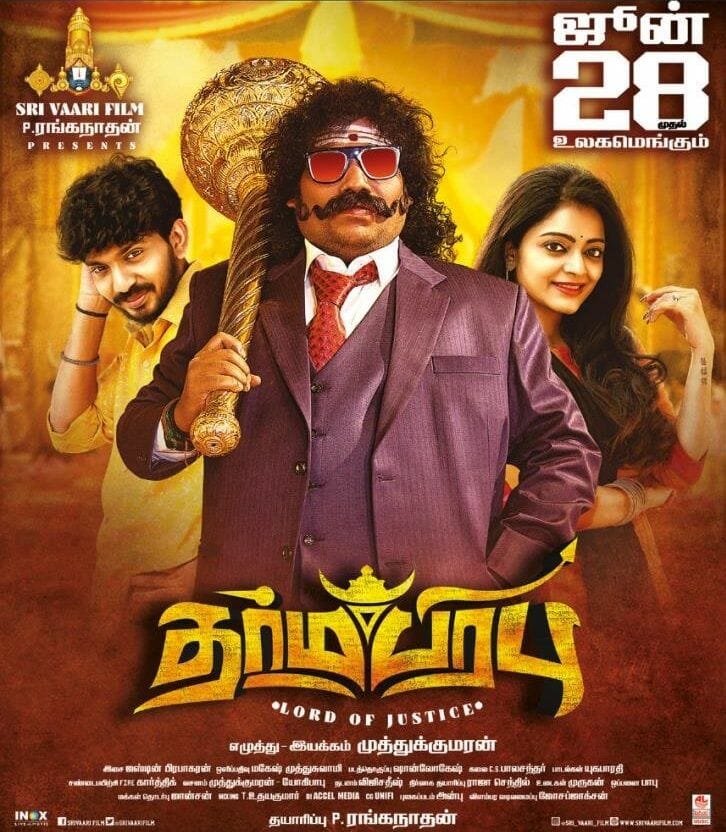 The film opens with Yama (Radha Ravi) who wants to retire stating his poor health. Eventually there is debate of who will be the successor to the throne after Yama Dharma. Yama’s aide Chitragupta (Ramesh Thilak) desires to see himself in the throne next, but Yama has different plan and appoints his son Dharmaprabhu (Yogi Babu) as his successor. Naturally this decision upsets Chitragupta and since he cannot voice his disappointment out loud he opts to deviously dethrone the newly appointed son of Yama. Chitragupta gets an opportunity to place yama Junior’s position in jeopardy when he saves the lives of an innocent child along with that of an evil politician. When the news comes to the attention of Lord Shiva, he orders Yama junior to take the life of the criminal politician within a span of seven days and put right the rest of the mistakes committed by him. Did Yama Junior succeed in taking the life of the wicked politician and set things right or did Chitragupta succeed in his attempt to dethrone Yama Junior, is what makes the crux of the movie.

Dharmaprabhu set in the mythological fantasy backdrop had a lot of scope to be a perfect entertainer like super star Rajinikanth’s Athisaya Piravi, karthik’s Lucky man and the lastly released film in that genre Vadivelu’s Imsai Arasan 23am Pulikecei. But very comfortable writing along with poor CG works makes the film an uncomical experience. Apart from few contemporary jokes made on politicians, the flick suffers to evoke laughter in us, which is the biggest of many disappointments about the flick. Though, the colloquial slang of actor Yogi Babu was admirable in other flicks, in Dharmaprabhu it is quite difficult to stomach the slang for a lengthy span of 122 minutes. In case of rest of the films in the mythological fantasy genre – in Athisaya Piravi except Ranjinikanth rest of the cast in the fantasy world converse in raw Tamil, it was the same case in Karthik’s Lucky man and Vadivelu’s Imsai Arasan 23am Pulikecei. It was the biggest plus of these flicks but in Dharmaprabhu we do not even get to enjoy that element.

Actor Yogi babu has given what was asked of him so he is not the one to be blamed for the blandness of the film. The fault lies explicitly on the writing department and the director’s failure to extract the best from his actors. Ramesh Thilak as Yogi babu is a delight to watch. The chemistry between Yogi babu and Ramesh Thilak is very fluent but it is the poor choice of dialogues which are flat that fails to incite laughter. Also, all technical departments were in sub standards, especially the art department is a big letdown for the flick.

On the whole, director S. Muthukumaran’s comfortable writing which wanders away from the core story for a long time and forced comedies on contemporary politics makes it difficult to engage with the film.