It is appalling to witness some filmmakers of Tamil cinema still being stuck in the horror fever that not very long ago from now, had infected almost the entire population of directors. Sivi 2 the sequel of the 2007 released Sivi, is based on the 2018 Korean drama of the name Ghonjiam: Haunted Asylum. The film is about a group of YouTubers who try to provide something adventurous for their audience, get into a haunted asylum and end up earning the wrath of the ghost. Actors Tej Charanraj, and Swathisha have played the lead roles in the flick. Director K. R. Senthil Nathan has directed the movie. So, how has the horror thriller drama Sivi 2 come out? Is it solid enough to give a break to actors Tej Charanraj, and Swathisha, and be a memorable flick for storyteller K. R. Senthil Nathan? To know that let us get into the movie review. 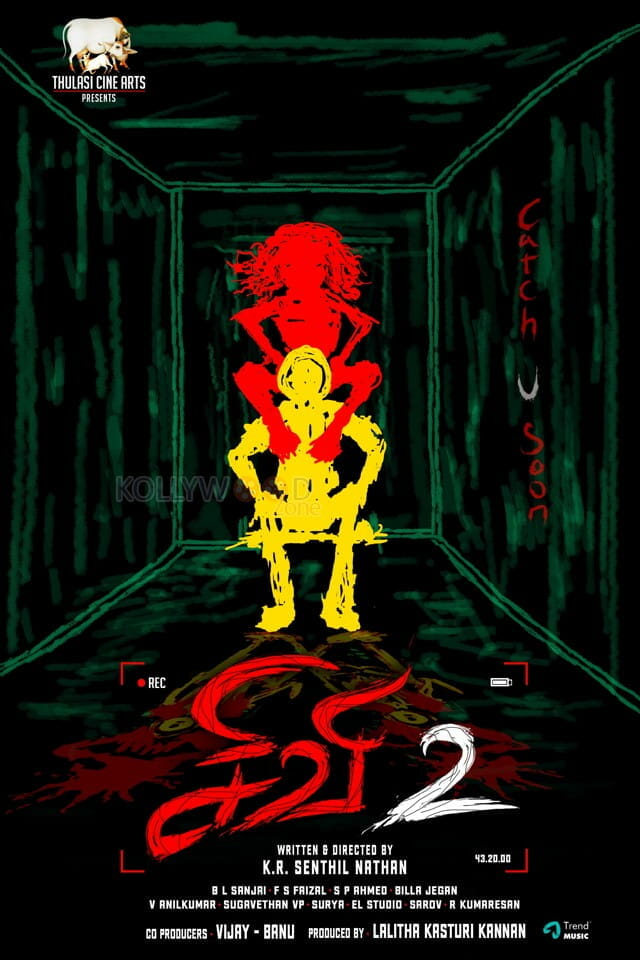 Sivi 2 depicts the events that occur around a bunch of aspiring YouTubers. A group of young YouTubers desire to go on a thrill-seeking mission. They choose a dilapidated asylum which has been deserted for years. There are stories about the asylum that it is haunted by a ghost and that no one dares to enter it. The YouTubers decide to take the dare and enter the building under the guidance of their head Krishna. Once inside, Krishna decides to go live on YouTube sensing that the events inside would make for an adventurous experience to their audience. Yep, you guessed it right! But no brownie points though! The live stream goes viral and sort of becomes a reality show with over a million of viewers interested in knowing what is happening inside the haunted asylum.

They successfully navigate the first floor of the building and then the second. Though the environment is eerie they could not establish the presence of a ghost. When the team makes their way to the third-floor things get spookier. It is the place where Krishna (Yogi) the lead character in the first part of the franchise was admitted to. It is believed that the ghost still inhabits the place and that it is the reason for the death of the doctors, staff, and patients inside in the asylum. Is the place really haunted? If so, what will happen to the team of YouTubers who have entered it, and will they be able to make their way out of the asylum alive, is what makes the rest of the movie.

There has been a spike in the number of shoestring budget films getting made in Tamil cinema. Majority of them are purposeless and pointless. Sivi 2 without any doubt belongs to the majority. Despite an unfathomable pile of horror dramas, it is perplexing to realize that still film makers of Tamil cinema have not taken their lessons in how not to make a horror movie. Director K. R. Senthil Nathan seems to have gotten into the belief that what he thinks scary or funny, will be or should be, scary and funny for others as well. With that system he pens stuff that is ludicrous. What is unstomachable about Sivi 2 is that it is so inept that it cannot offer even cheap jump scares to the audience.

In a way Sivi 2 would have made for a solid satire drama on senseless YouTubers who do preposterous things to chalk up views. Unintentionally, the film does it. Perhaps if we get into the thinking that Sivi 2 is actually a satire on silly YouTubers, it might help to get through some portions. Having sat through the film for some time, after experiencing how unbearable it is, we could not help but draw out our phone to google to get an idea of how the original version is. To our shock we find that Sivi 2 cannot compete even with the teaser quality of its original. Sometimes, no, of late, often while watching a film we begin to wonder how on mother earth did the producers of the flick even agree to transport what they saw (if they saw) on papers to visual medium. Not even halfway through, Sivi 2 sends us in to wondering about the producer who funded the film.

The cast of Sivi 2 takes us to a master class on how an artist should not perform. Starting from its lead character Tej Charanraj, Swathisha, to supporting artists Yogi, Gayatri Rema, Kristina, Poo Maila, Santhish, Doomangoli Kumaran, Dharmaraj, Roshan, including the experienced Chaams, and Thaadi Balaji, everyone has competed with each other for the best poor performer of the flick award. Along with the untidy work in scripting, the bad performances only make every second excruciatingly tedious for the audience. The rest of the cast equally delivered a horrible performance.

On the technical front, music director F. S. Faizal’s songs are not inspiring. The copyright free tracks available on the internet are very enjoyable these days. Even his background score does not add any value to the flick. Cinematographer B. L. Sanjay’s camera work is middling. His visuals are literally very poor. Editor S. P. Ahamad has failed to trim out the shortcomings in the work of his colleague.

On the whole, director K. R. Senthil Nathan’s Sivi 2 is a needless sequel that just ends up robbing us of our time and ruining our mood.