Director Prashanth Neel seems like a man who knows his audience to their bones. Amidst the gruesome violence demonstrated by his lead character, he keeps giving us a glimpse of his humane side. He deploys the amalgamation of mother sentiment, love life of Rocky, and his childhood that comes and goes at regular intervals, to justify his actions and in process spin a heroic image citing ‘the rise of an ordinary man.’

The chapter one of KGF gathered the attention of a huge chunk of mass ethos loving audience. And now it has built a money spurting franchise out of it. The first part of the franchise saw Rocky Bhai nailing Garuda. The second has him trying to take over KGF and set up on his next big mission. So, how has the flick come out? Is it solid enough to beat the box office record set by its previous installment and catapult actor Yash’s image as a pan India star? To know that let us get into the movie review. 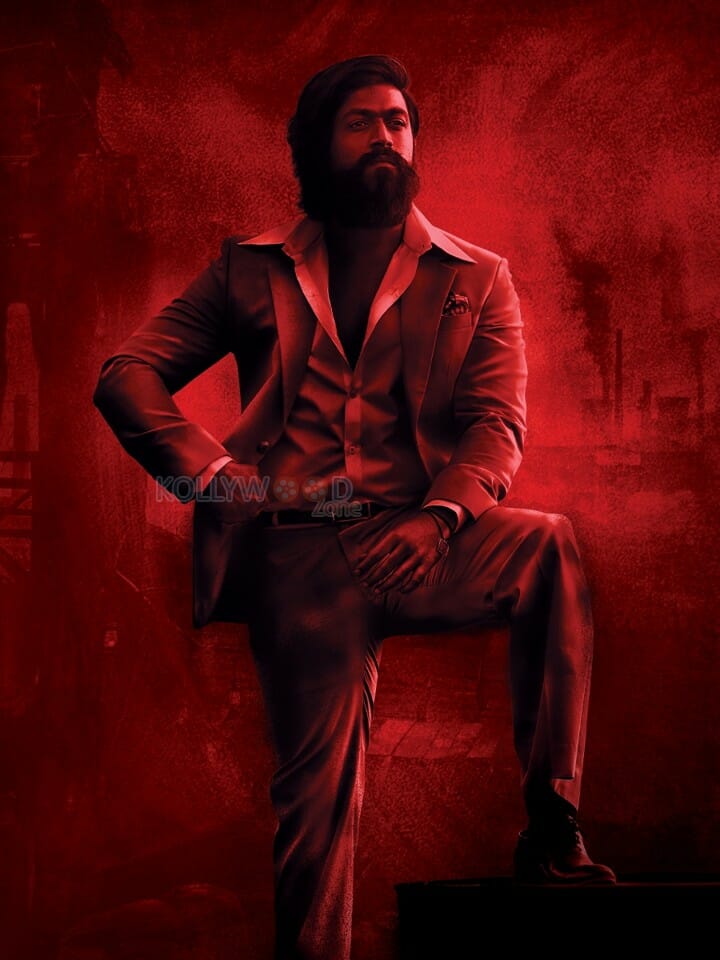 The second installment picks from where it ended in the first. Raja Krishnappa Bairya aka Rocky Bhai (Yash) has taken control of KGF gold mines. He earns the respect of the workers in the mine and is running the show in KGF. To prevent Rajendra Desai (Lakki Lakshman), Guru Pandian (Achyuth Kumar), and Andrews (B. S. Avinash) from coming after him, he keeps Reena Desai (Srinidhi Shetty) captive. Kamal (Vasishta N. Simha), one of the associates in KGF, revolts against Rocky’s rule, leading to Rocky’s wrath and eventual death of him. Rocky speeds up production in the mines. Andrews could not stand Rocky wielding power. An opportunity presents when Adheera (Sanjay Dutt) comes into picture. Andrews kills Rajendra Desai to make Reena come out of KGF. When she does, Adheera takes on Rocky. He triumphs. But leaves Rocky alive. (So that he could come back and kick his butt later). When Rocky is in recuperation, Shetty (Dinesh Mangaluru), Rocky’s boss, exploits the situation and teams up with Andrews’s men in the Western Coast and destroys Rocky’s associates.

Convalesced Rocky along with Reena journey to Dubai hoping to strike a deal with Inayat Khalil (Balakrishna), a don in the smuggling business. But to his dismay, Inayat Khalil joins hands with Andrews. Rocky makes his move by slaughtering Shetty’s men and re-claims the Western Coast. This dragoons Inayat Khalil to join forces with Rocky and he supplies him with armaments. Fortified Rocky, directs the armaments towards Adheera. This time he gravely injured Adheera and, well, left him alive. Frustrated with the violence in KGF, central ministers concoct a coup in favor of Ramika Sen (Raveena Tandon). But Rocky learns about it and wrecks their play.

Rocky takes down Shetty and expands his territory to Bombay gaining more influence. Meanwhile, Ramika Sen’s popularity grows in politics. Guru Pandian brings it to Rocky’s attention. But he does not heed to him and disdains the news. Three years forward, Ramika Sen sweeps the election and becomes the Prime Minister of India. Focus shifts to KGF. A CBI officer, Kanneganti Raghavan (Rao Ramesh), draws her attention to the situation in KGF. Ramika Sen orders a probe against Rocky. The CBI raids his place but finds nothing. Will Rocky survive the heat of the government or will he take on a government all by himself, is what makes the rest of the flick.

For starters, the film’s biggest plus is its racy screenplay. At no point the flow of the drama slows down. Director Prashanth Neel has used this aspect to his advantage. Even when things seem dramatic or hard to buy into, the rapidity in the flow does not give us room to dwell in them for too long. It quickly takes us onward to the proceedings. Film maker Prashanth Neel sets up the stage for the stimulating endeavors of his lead character. Even though they look overly ambitious for a single man, music director Ravi Basrur comes for the cover with his thumping background score to help sell it to us. With the bgm roaring, Rocky goes on slaughtering armies like how paper shredders shred papers. In addition to this, plenty of characters keep coming occupying our mind and attention.

Director Prashanth Neel seems like a man who knows his audience to their bones. Amidst the gruesome violence demonstrated by his lead character, he keeps giving us a glimpse of his humane side. He deploys the amalgamation of mother sentiment, love life of Rocky, and his childhood that comes and goes at regular intervals, to justify his actions and in process spin a heroic image citing ‘the rise of an ordinary man.’ Hell, that would have made for a catchy tagline for the franchise. At last Rocky Bhai stops firing his gun, and we are sent home with a message from the director asking us to be prepared for the next installment of the franchise.

The casting of the film is indisputably one of its strengths. Actor Yash has upped his game to what we saw in the first installment of the franchise. He plays Rocky Bhai to perfection. Actress Srinidhi Shetty does not have much to offer to the proceedings but has lived up to her part. Actor Sanjay Dutt seems to be tailor-made for the role. His masculinity and petrifying complexion aids in elevating the heinousness of his character. Actress Raveena Tandon too is apt for her role. She does complete justice to her role. Veteran actor Prakash Raj is effective as usual. Actress Archana Jois is functional. Actor Achyuth Kumar is adequate. The rest of the cast has lived up to the reason they have been brought on board.

On the technical front, music director Ravi Basrur is impressive. His tracks are impactful. Particularly, the song ‘Agilam Nee.’ Even his background score does aid in elevating the mass moments. Cinematographer Bhuvan Gowda has set up the cameras in the right angles. His visuals are grand and stunning. Editor Ujwal Kulkarni has put his scissors to tight work, amplifying the work of his colleague.

On the whole, Yash’s K.G.F: Chapter 2 is meticulously fashioned for the audience that loves to watch the lead character pull off impossible stuffs flaunting his machismo.

Kaathuvaakula Rendu Kaadhal Trailer: Promises To Be A Fun Ride!