Films with good ideas being let down by bad writing has almost become a regular thing in Tamil cinema. Week in and out, many interesting ideas are diluted down to the gutter. The recent addition to the long list is director Venkatt Ragavan’s Kadamaiyai Sei. The movie is about an engineer who meets with an accident just when he is about to bring out a nefarious activity that could put hundreds of lives in danger. Actor S. J. Suryah who was last seen in a supporting role in the comedy movie Don is back on screens with a lead part in the psychological action-comedy flick Kadamaiyai Sei. Actress Yashika Aannand plays the female lead role in the film. So, how has the psychological action-comedy flick Kadamaiyai Sei come out? Is it solid enough to be a successful project for actor S. J. Suryah, and bolster actress Yashika Aannand’s career? To know that let us get into the movie review. 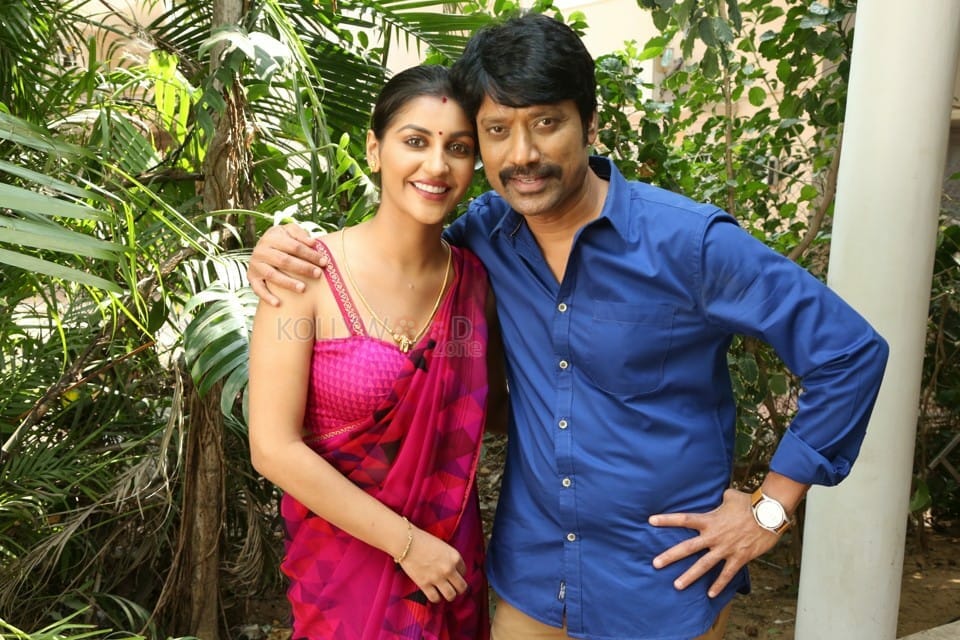 Kadamaiyai Sei follows the life of Ashok (S. J. Suryah), a civil engineer who unexpectedly loses his job. Being scared to reveal the truth to his wife Aishwarya (Yashika Aannand), he takes up odd jobs to meet the daily needs of his family. He lands a security job at a gated community. In no time, he bonds with the residents, and becomes their beloved one, especially to the seniors. Meanwhile, Dharmarajan (Vincent Ashokan), a builder, and his brother Raj (Charles Vinoth) are at each other’s throats to own the community. When Dharmarajan takes the upper hand in the game, Raj gets upset, and plans to ruin his brother by messing up with his construction site. Ashok accidently happens to stumble upon it. Unfortunately, before he could properly inform Dharmarajan, he meets with an accident that puts him in a peculiar disorder called stupor (a condition where extreme stimulus turns the patient hyperactive), and makes him bedridden. Was the accident really an accident or a planned attempt on Ashok’s life, and will he be able to recover in time, and save the lives of the innocents, is what makes the rest of the movie.

Kadamaiyai Sei is billed as a psychological action-comedy drama. In an attempt to live up to what was promised director Venkatt Ragavan dedicates portions for each element. To cover the psychological aspect, we have a lecture explaining stupor, and as for comedy and action the lead hero’s medical condition is exploited. There you go, you got what was promised, storyteller Venkatt Ragavan seems to say. Kadamaiyai Sei starts off badly, Ashok’s abrupt loss of job, his endeavor to dodge his wife, and his socializing with the apartment residents are dull and test our patience. Things get engaging just before Ashok’s accident. But then, it loses steam quickly going into post-accident proceedings. Since we could see the type of climax brewing from miles away, we really do not care about what unfolds on screen after a point. There is a fine underlying message in Kadamaiyai Sei that serves the title. Like every other thing, even the message is not presented in a convincing manner.

Actors S. J. Suryah and Yashika Aannand are easily the most non compatible pair on screen in recent times. There is not even an iota of chemistry between them. The sentiment between the couple only makes it worse. Kadamaiyai Sei has a great space to write up situational comedy. But that space gets dented with filmmaker Venkatt Ragavan’s uncommitted effort in writing. He rather conveniently dumps irrelevant and bad humor into the plot. That is not to say the film is not funny throughout. Kadamaiyai Sei does make us laugh inconsistently. The stretch involving characters deploying multiple techniques to incite a stupor struck Ashok to get him hyperactive, and the portions where Ashok hustle to convey what he wants to others, are amusing. But besides that, Kadamaiyai Sei fails in its duty (Kadamaiyai) to entertain us.

Actor S. J. Suryah tries hard to pull the film across the finish line. To a degree, he is the one who shoulders the film. However, there are portions where he tries harder, and that only makes him look desperate and helpless. Actress Yashika Aannand evidently struggles even in a role that demands so little of her. The actress has a lot of things to work on, if she is to become a bankable lead heroine. Actor Charles Vinoth is effective as always. Except for a few one-liners, actress Seshu disappoints. Actor Mottai Rajendran as usual demands his presence to be felt. Actor Mohan Vaidya is functional. Actor Vincent Ashokan is operational. Actor TSR is adequate. The rest of the cast has delivered what was asked of them.

On the technical front, music director Arun Raj’s tracks do not get into our memory even when they are playing on screen. Even his background score is so terrible. These days the background scores of school kid’s plays are fascinating. Cinematographer Vinoth Rathnasamy’s frames are below par. His visuals have a repulsive effect on us making it difficult for us to sit through. Editor Srikanth N. B could not do enough to trim out the shortcomings in his colleague’s work.

On the whole, actor S. J. Suryah’s Kadamaiyai Sei has an interesting idea but unfortunately it is infected by the common virus of Tamil cinema – poor writing.