Dhanush does dual roles ad one among them is an aspiring politician. It is a rare occurrence for Dhanush to do such a role. He wants to do some good and he faces some consequences in return. Durai weaves his story around this knot with Trisha and others playing the integral roles. 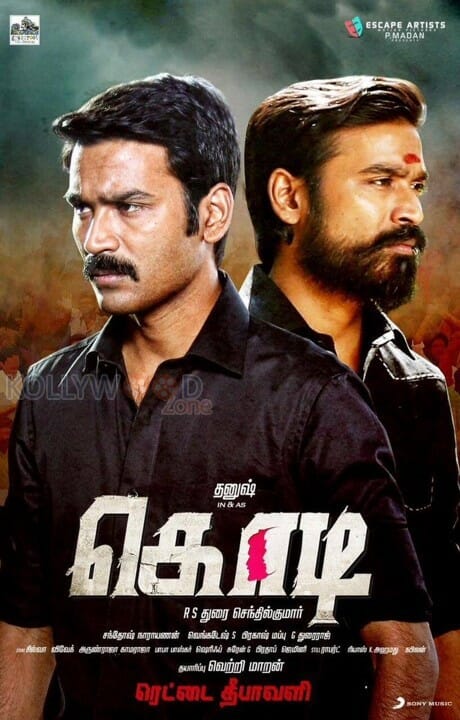 His another role essays role of a professor Anbu and he is quite soft by nature. Trisha checks-in the box perfect as Rudhra. She gets a meaty role and she performs perfectly. But her dubbing is so pathetic and the stoic expressions bring it down. Anupama Parameswaran also make her debut in Kodi and she fits bill as egg vendor.

Her scenes with Dhanush in first half are quite lively. Santosh Narayanan has scored music. Background score was good but songs are horrid. Editing is perfect and crisp. Director Durai Senthilkumar should be praised for not bowing down to any commercial masala stuff.