How does grand mother’s narrate their grand kids a story? Well, it always goes like, Long ago there was a King who lead a mighty army of 13 warriors. Well, Kashmora belongs to that genre. Kashmora is a petty thief who cheats people by making them believe he has ghostly powers and he also can speak to ghosts.

At one stage, he encounters with a politician and he loots a ransom amount of money. When he tries to evade, he gets trapped in a haunted bungalow along with his family and Sri Divya. What follows is a tale of magic, ghosts, humour and visual magnificence. Karthi as a performer has scored his best in Raj Nayak character. 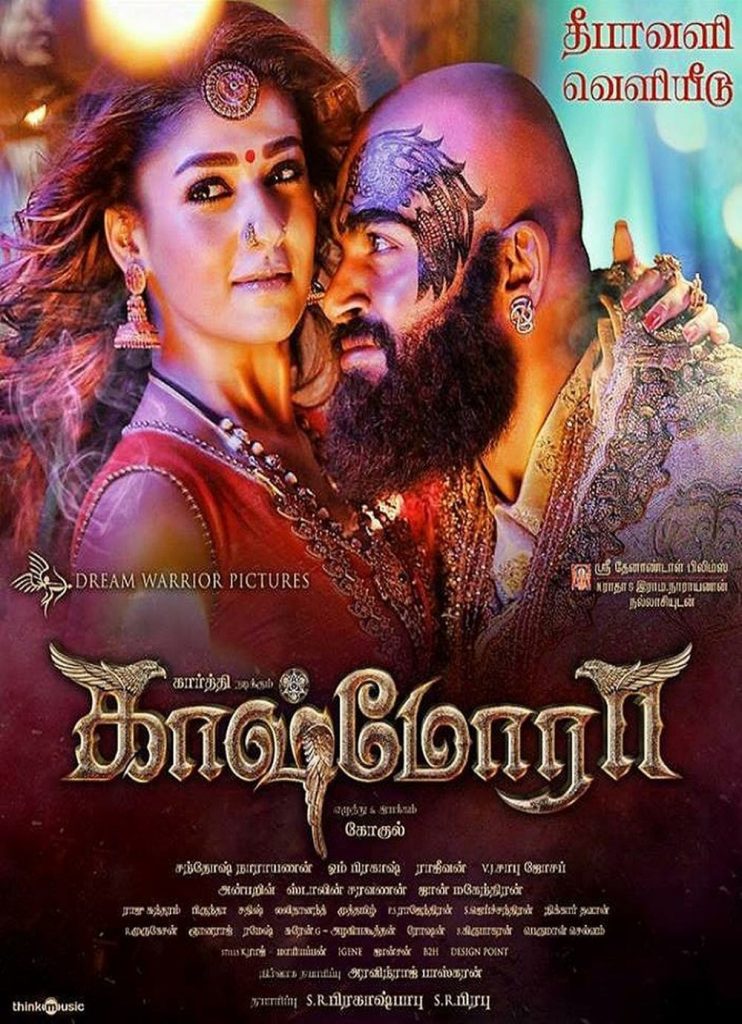 As a ruthless warrior and a womanizer he excels so perfect. As Kashmora he brings us memories of Rocket Raja. Nayantara just appears in a cameo role. No wonder she accepted this role as she excelled as Ratna Mahadevi. But seriously we feel she has been under utilized.

She oozes with grace and beauty. Another noticeable plus of Kaashmora is its visual grandeur, balanced by a well-done cinematography. Kudos to Om Prakash for a visual treat. Santosh Narayanan is just facing a bad time.

He fails once again with Music. Director Gokul deserves a special mention for conveying a simple story blended with fantasy and humour. Barring length and some technical flaws, ‘Kashmora’ is a visual treat.

Overall, ‘KAASHMORA’ is a visual treat for fantasy genre lovers.