After one blockbuster per year for two consecutive years in the likes of Soorarai Pottru, and Jai Bhim, actor Suriya’s Etharkkum Thunindhavan has hit the screens amidst high expectations as it is the actor’s favorite genre. When it comes to mass action entertainers, actor Suriya just roar at the top of his voice. It is what he does in Etharkkum Thunindhavan. Director Pandiraj has helmed the drama. Actress Priyanka Arul Mohan has played the female lead role. So, how has the action drama come out? Is it solid enough to help actor Suriya bang a hattrick of blockbusters? To know that let us get in to the movie review. 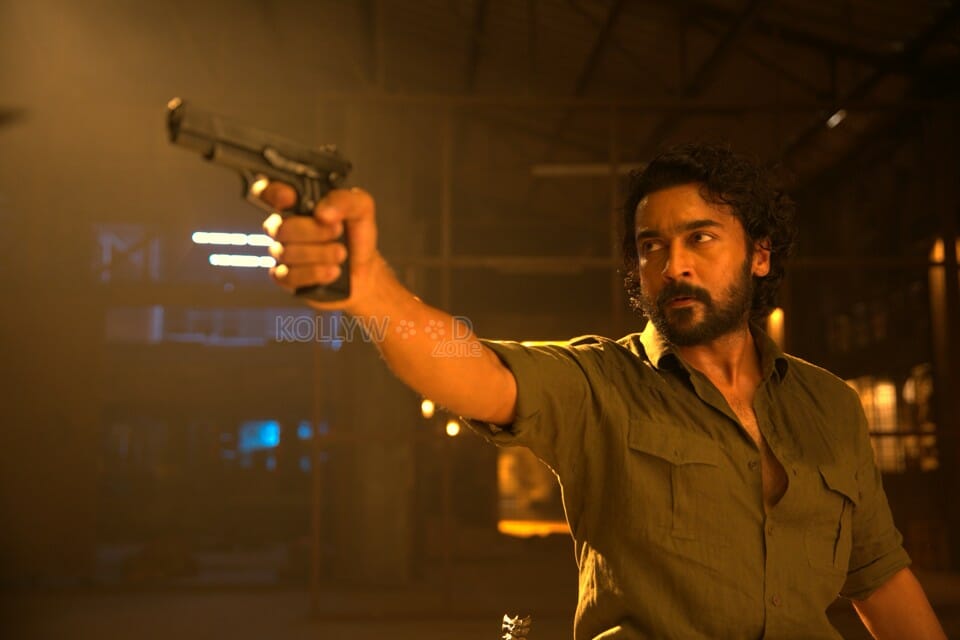 Etharkkum Thunindhavan tells the tale of two villages, and of the savior of them, Kannabiran (Suriya), who restores peace between them. Kannabiran is a lawyer who lives with his father Aadhirayar (Sathyaraj), and his mother Kosalai (Saranya Ponvannan) in the village Thennaadu. His village maintains a good relationship with their neighboring village, Vadanaadu. People of two villages come together to celebrate temple festivals as a token of gratitude for their unity. Individuals of both the villages are free to choose a person as their partner from their neighboring village. But that equation is challenged when a woman from Thennaadu who is wedded to a man from Vadanaadu commits suicide due to a family dispute. This incident puts the men from both the village at each other’s throat. Men in Thennaadu mess up the husband of the woman. Kannabiran enters the scene, and sends the men involved in violence to the skies with his ‘one and a half ton’ sturdy punches and calm them down. Action is done. What comes next? Romance. No… no, no brownie points for guessing it right.

Kannabiran comes across Aadhini (Priyanka Arul Mohan), a woman from Vadanaadu and falls in love with her. After a romance number the duo tie the knot. Meanwhile, Yaazhini (Divya Duraisamy), a friend of Aadhini is in a relationship with Nithin (Saran Shakthi), who works as a henchman for Inba (Vinay Rai), a rich man of influence. When Nithin asks his girlfriend to sleep with other men she finally sees him for what he is, and tries to flee from him. But Inba’s men get hold of here and beat her up mercilessly. Kannabiran intervenes on time and saves her. Humiliated by this, Inba seeks revenge. He tapes an intimate video of Kannabiran and Aadhini and sends it to them. Raged Kannabiran takes the legal route to hold Inba accountable for his transgression. Will the legal system uphold Kannabiran’s faith in it, or will he have to turn a vigilante to see that justice is done, is what makes the rest of the flick.

Director Pandiraj takes the gruesome Pollachi sexual assault case that shook the entire state, and has made a film out of it. The problem with basing a script on a real life sensational malicious crime, and trying to get justice for it on, on screen is in itself a slump. And attempting to do it in a dramatic and not so pragmatic way is even a greater slip in to the abyss. It is this factor that makes sitting through Etharkkum Thunindhavan hard. Kannabiran makes things look so simple and easy despite the temporary hindrance he faces. Also, the entertainer is so predictable from the word go. A hero who believes in law, gets betrayed by the system, and takes up the law in his hand and delivers justice. Etharkkum Thunindhavan attempts to dismantle the powerful and compact message that the actor’s previous work Jai Bhim established.

All said, this is not to push the entertainer all in to a negative zone. The film does have its positives like the clear intent to write woman better (well of course, other than letting women fight for themselves.) Also, how story teller Pandiraj makes the male character to deal with social stereotypes. For instance, when a video footage of his wife is shot without her permission, Kannabiran does not feel ashamed, or try to place social status forward and resort to hide and kill the issue in silence. He rather stands by his wife and takes the fight to the court because they are not the transgressor here, but rather a victim. A point that most films – including the megahit drama Papanasam – somehow overlook.

Actor Suriya cakewalks his character and just as always, he is full of vigor. Actress Priyanka Arul Mohan does justice to her role. Veteran actor Sathyaraj reiterates what he has been doing film after film lately. Actress Saranya Ponvannan playing a mother for the umpteenth time has perfected the role. Actor Vinay Rai is adequate. Comedians Soori and Pugazh do not live up to their purpose. Actors Ilavarasu, Jayaprakash, Hareesh Peradi, Devadarshini, M. S. Bhaskar, and Vela Ramamoorthy have all chipped in and played their part well. The rest of the cast has delivered what was asked of them.

On the technical front, music director D. Imman’s tracks are passable. His background score aid in building up the mass moments in the flick. Cinematographer R. Rathnavelu has covered the flick in the best ways possible. Editor Ruben’s sharp cuts complements the work of his colleague.

On the whole, Etharkkum Thunindhavan is one of those films with good intentions but is pulled down by its writing.