Jayam Ravi and Lakshmi Menon who were still basking on the success of their movies in 2015 have came together for the project Miruthan under Shakti Soundar Rajan direction. The movie is labelled as Zombie apocalypse and this is Tamil cinema’s first ever zombie movie. Lakshmi Menon does character named ‘Renu’ and she essays role of a doctor. Baby Anaikaa was seen as Vidhya and Kaali venkat is seen as Chinna Malai. The movie is produced by Michael Rayyaapan under Global Infotainment (P) Ltd production house. 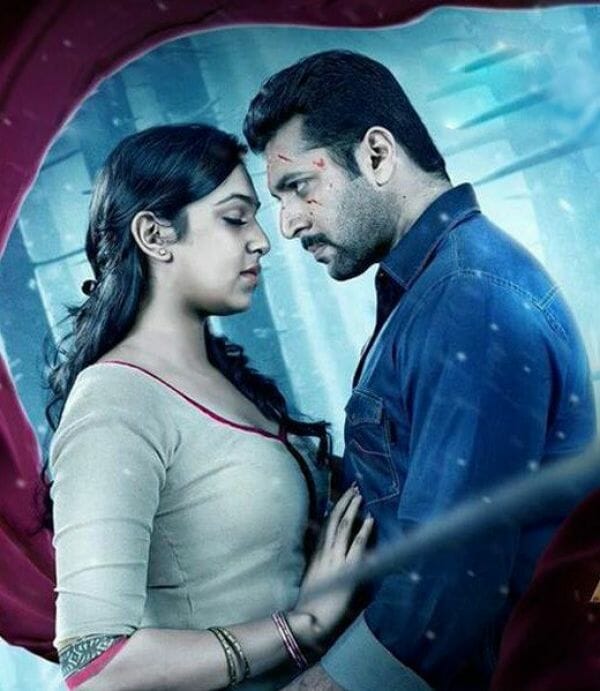 Jayam Ravi is a good pick for the protagonist. He perfectly fits the shoes of Traffic cop. The role suits him perfectly. Renu, played by Lakshmi Menon is a typical hot chick. She never exposes, but still she grabs everyone’s attention. Her role is highly convincing.Her emotions are expressed gradually, she has natural ambiance and it will attract the young audience. Kaali Venkat is the one who presses the gas. His witty one liners are so funny and it is sure to bring roofs down. Graphically the movie is not so bad.

But the VFX when compared to Hollywood standards, its still amateurish. The world after Zombies come to party was depicted with some great cinematography. The movie is penned well with a good humorous screenplay with good portrayal of characters. The movie also have some sub themes of Friendship and Love. They are comedically weaved into the tapestry of this movie.

The movie has some distractions and they come as songs. Why on earth do you need songs for a movie which is having running time just 108 minutes ? Despite all its plot holes and flaws, the movie is ‘Violently’ entertaining and ‘Miruthan’ can be welcomed with both hands. But Tamil cinema should organize a better script of zombies in future. No more same orchestrated zombie one-liners!

Overall, Miruthan is an unexpected delight.