Kamal Haasan is back to acting after a long hiatus as it has been exactly 3 years since ‘Thoongavanam’. It has been 5 years since ‘Vishwaroopam’ and after long delay and hurdles, the sequel has finally released. This time, Kamal as Agent Wisam Ahmed is all set to confront Omar Bhai played by Rahul Bose.

As we saw, the prequel ended as the War between Indian Agent Wisam and Al Qaeda leader Omar shifts from the US to India and the sequel reveals the identity of Wisam which includes the family angle where we see his mother, wife, the bonding between Ashmita, so on. 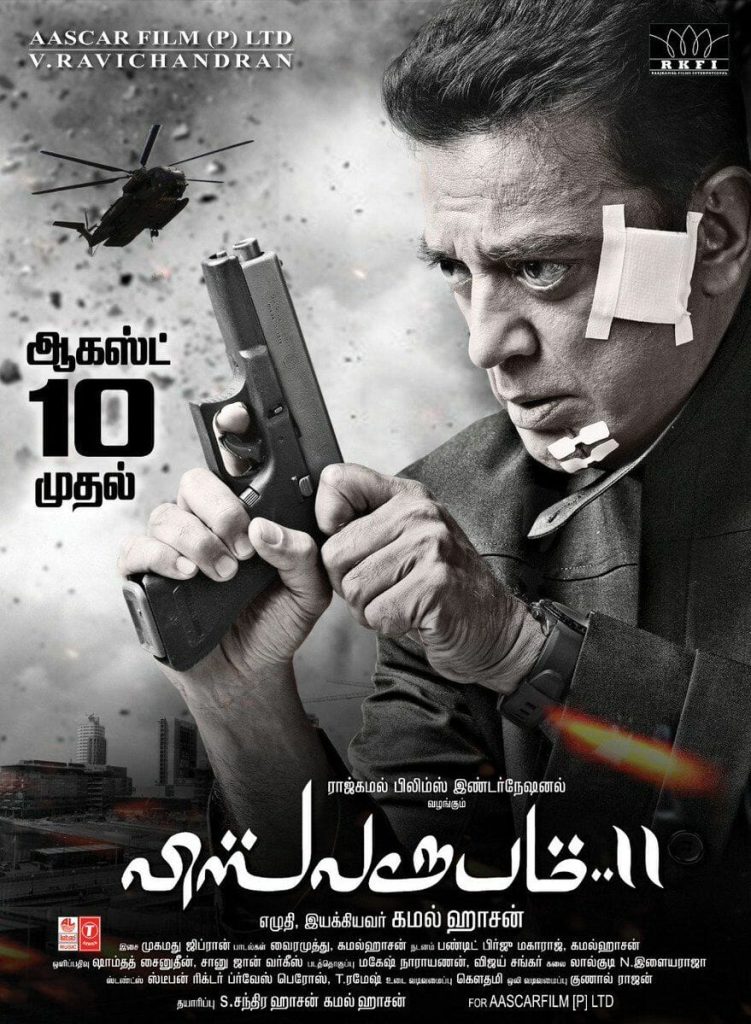 Wisam should protect his family and also save Delhi from bomb threats by Omar. Did Omar extract his revenge? Watch it on the big screen. Kamal is the saving grace in this whole movie as he’s super energetic even at this age. Pooja Kumar also is sensuous at this age and Andrea impresses with her action this time.

Waheeda Rehman who makes her entry as Wisam’s mother is adequate. Rahul Bose who looked menacing in the first part is so dull and noisy here. Shekar Kapur and Nasser are totally underutilized. If you expect that the best scene in ‘Vishwaroopam 2’ is going to be some action sequence, you are in for a disappointment.

The best scene is an emotional sequence between Kamal and his mother which will pull your heart out. Even though it was written at an unnecessary stage, it is totally a heart-crushing moment. The first half of the movie drags a lot and we have minimal action scenes. The second half, however, has more stunts and it creates an interest in the climax. Music is a big disaster.

VFX is shoddy. However, the camera by Sany Varghese deserves a special mention as it captures the chase sequences to perfection. Even though the running time is just 144 minutes it gives a feeling that it runs for more than 344 minutes. The editing could’ve been a lot better.