Actor Vishal, the secretary of actors association and president of Tamil film producers council has said that in the issue of allotment of land for Kalaignar M Karunanidhi at Marina, none should try to do politics. Vishal had been in Trichy when the DMK chief Karunanidhi passed away at Kauvery hospital, and he has spoken to the press stating that Karunanidhi is one of the most experienced and respected politicians of the nation with more than 75 years of experience in politics and the death of the 5 time Chief Minister of Tamilnadu is a great loss to the state, and everyone wants his memorial in Marina. 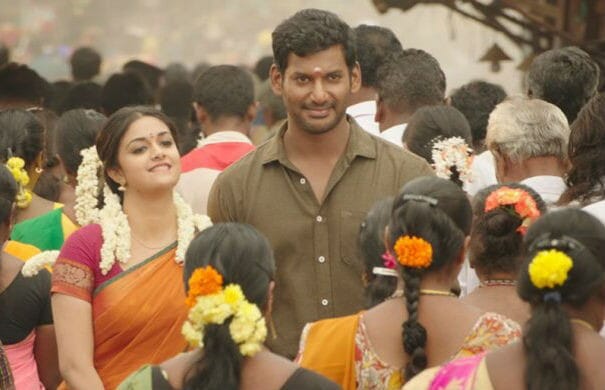 He added that the body of the most confident politician and the legendary writer must be placed In Marina, and none should play political games in this issue. In the end, the verdict came in favor of Kalaignar and he was buried in Marina along with MGR, Jayalalitha, and Anna. The government tried desperately and played dirty politics in order to keep Kalaignar out of Marina. But in the end, justice won as the judges gave the verdict in favor of the party.

Meanwhile, Vishal is currently working on ‘Sandakozhi 2’ and the team is shooting the last phase in full steam. Vishal confirmed that the movie will release on October and the post-production works will begin soon.