Samantha and Naga Chaitanya are one of the most adorable couples of South Indian Cinema. The couple was lastly seen together on screens in the film Majili which hit the screens last month. This was the first flick for the actors together after their marriage. The film was critically acclaimed by the audience as well as the critics in the industry as a result of which the film did well in the box office. The film had a steamy kiss scene between Naga Chaitanya and his co star Divyansha Kaushik which lit the rumor fire that actress and wife of actor Naga Chaitanya, Samantha is quite upset with the scene. But the actress denied it with a statement that they are professional actors when they are on set and people need to understand that. 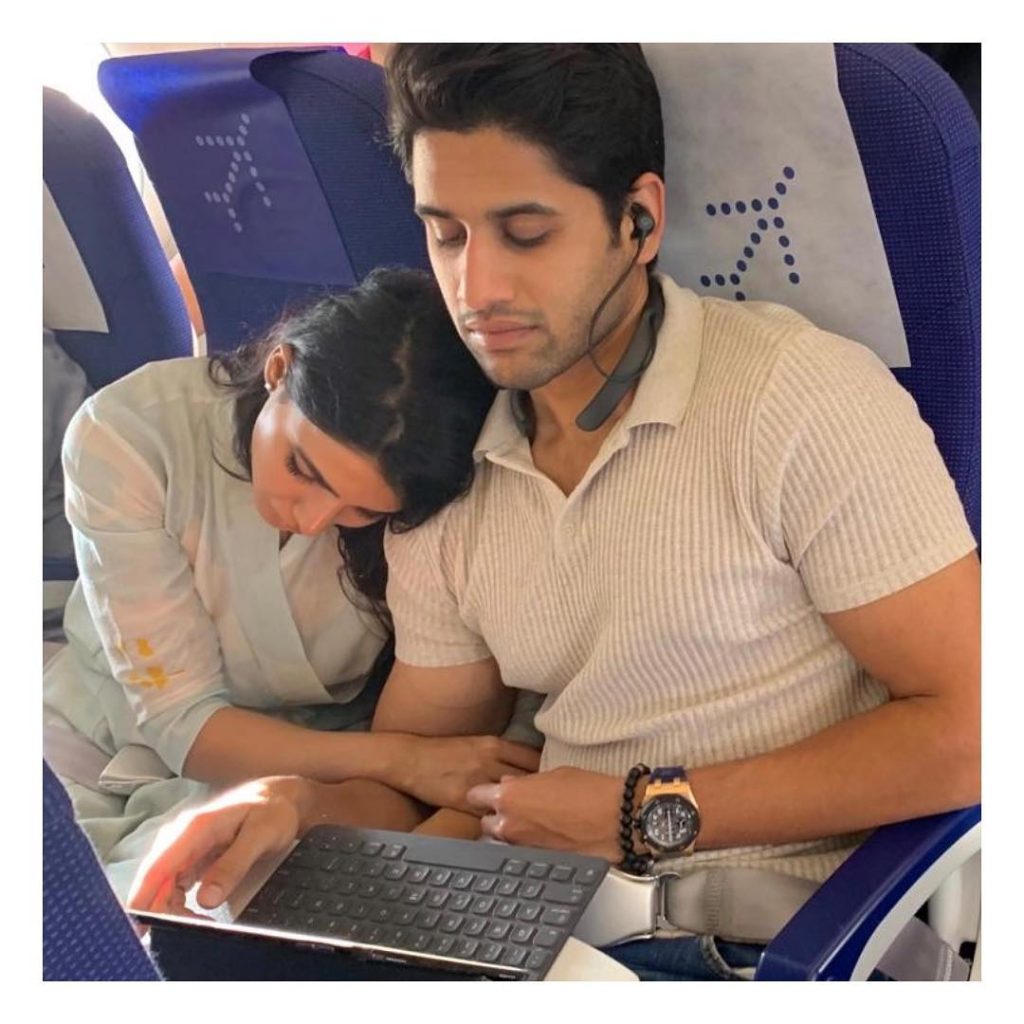 Following the success of Majili the romantic couple had scooted off to Barcelona in Spain to take some family time and to celebrate the born day of the beautiful actress which happens to be on 28th of April. The actress does not seem to be able to keep herself from snapping pictures that are too hot to handle for the fans out here in India experiencing hot summer. For the past couple of days the internet is flooded with the hot pictures of the couple chilling out in the beautiful country. The couple has visited the popular Chef Dani Garcia’s restaurant in Spain to have one of their best appetizing lunch dates of their life.

The actress took to her instagram account and shared some super hot pictures from her vacation with her hubby. The actress looked stunning alongside her hubby as well as in her solo snaps which are too hot that it makes it difficult for us to take our eyes off her. The couple who began their vacation in Barcelona is currently chilling around in Marbella.

Last week actress Samantha left to Portugal to shoot for her father in law’s flick Manmadhudu 2. The actress is said to be seen in an extended cameo appearance in the film. After wrapping up the shoot in Portugal the actress flew to Barcelona to catch up with hubby Naga Chaitanya to have some quality time together along with some yummy foods.

On the professional front, once back in town the actress will be joining the sets of Telugu remake of super hit Tamil romantic film 96. The film is set to be directed by Prem Kumar who directed the original version.

On the other hand, Naga Chaitanya will begin shooting for his film Venky Mama in which he will be sharing the screen space with veteran actor Venkatesh Daggubati.