Through ‘Amaravathi’ Ajith made his debut entry into Kollywood and actress Sangavi has paired with him. After that she has acted with Vijay in ‘Coimbatore Mapillai’, ‘Rasigan’, ‘Vishnu’. With Rajini, she has acted in ‘Baba’, with Kamal in his ‘Panchatantiram’. 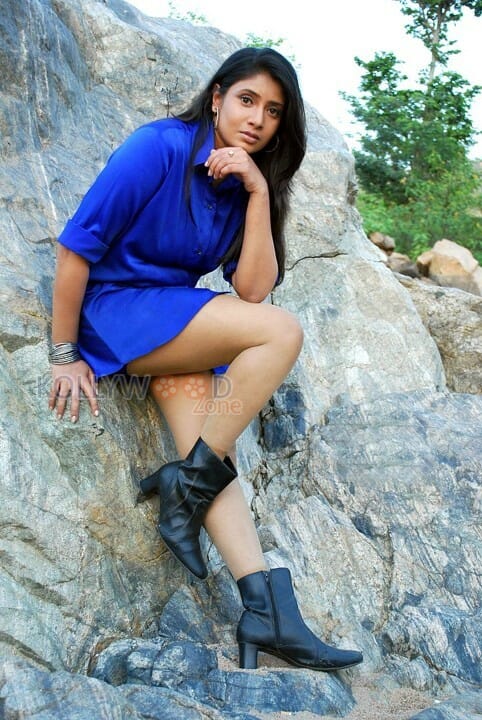 Presently she is acting along with Samutrakani in a new movie ‘Kolanchi’. Recently Sangavi has shared her experiences about Vijay. She has told that Vijay gets anger more frequently in the shooting spot. We all know Vijay is a silent and cool actor.

During ‘Vishnu’ shooting time, Vijay’s father has praised Sangavi and Vijay has got more anger on her. The incident was not forgotten by the actress. Presently Sangavi has made re-entry into Kollywood through ‘Kolanchi’ movie and she has acted as mother of two kids.

Poet Umadevi happy about her accomplishment for ‘Kabali’