Vikram Vedha is a crime thriller which was written and directed by Pushkar and Gayathri. Y Not Studios had produced for the movie and the distribution was done by Trident Arts. The movie features Madhavan, Vijay Sethupathy, Shraddha Srinath in leading roles. Actors like Varalaxmi Sarathkumar, Kathir, Hareesh, Peeradi have acted in supporting roles. 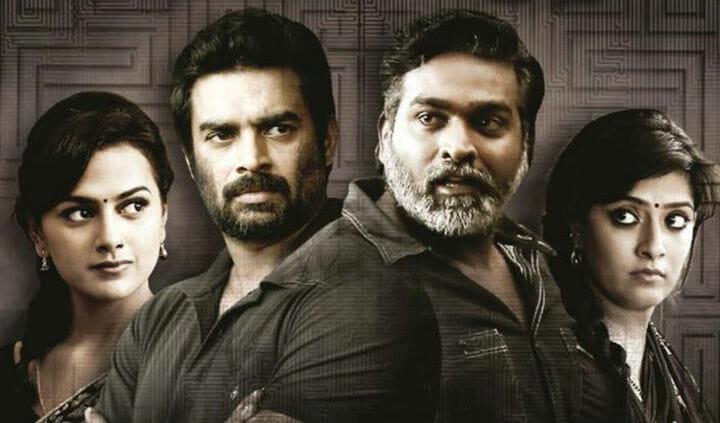 Sam CS had composed the music and the background scoring for the movie massively. The cinematography and location was chosen and shown beautifully by PS. Vinod. The editing part was played by Richard Kevin. Vinoth Rajkumar had done the art direction work for this crime thriller movie.

Vijay Sethupathy had acted in two shades in the movie. One as a young guy and the other as a old gangster. Madhavan had acted as a powerful police officer who does encounters all the time. This is a clash between a gangster and police. The movie has more violent scenes.

The BGM effect is made simply superb. Vijay Sethupathy had acted in his realistic style of acting. Madhavan had come as a powerful police officer who is seen with the gun all the time. The music is made excellently which is rocking.

Vijay Sethupathy and Madhavan had joined hands for the very first time through the movie. Earlier Madhavan had acted in Irudhisuttru Movie as a Boxing coach for Rithika Singh. Vikram Vedha is a crime thriller so it cannot be watched with the family members. The making is good and screenplay is awesome.

Overall, this generation VV is a new tale to differentiate the good and the bad!