Maara is the official Tamil remake of critically acclaimed Malayalam flick Charlie which hit the screens in the year 2015. The performance delivered by the lead pair Dulquer Salmaan and Parvathy’s was the talk of the town, back then. Especially, actor Dulquer Salmaan’s portrayal of the charismatic, vivid, and adventurous character Charlie catapulted him in to the list of versatile actors. The reason why Charlie was highly talked about was because of its unique theme of an adventurous soul. It had a feel good nature which only very few films evoke. Sadly, it is hard to find such natured flicks in Tamil cinema. So, did director Dhilip Kumar manage to score in the rarely touched genre? To know let us get in to the review. 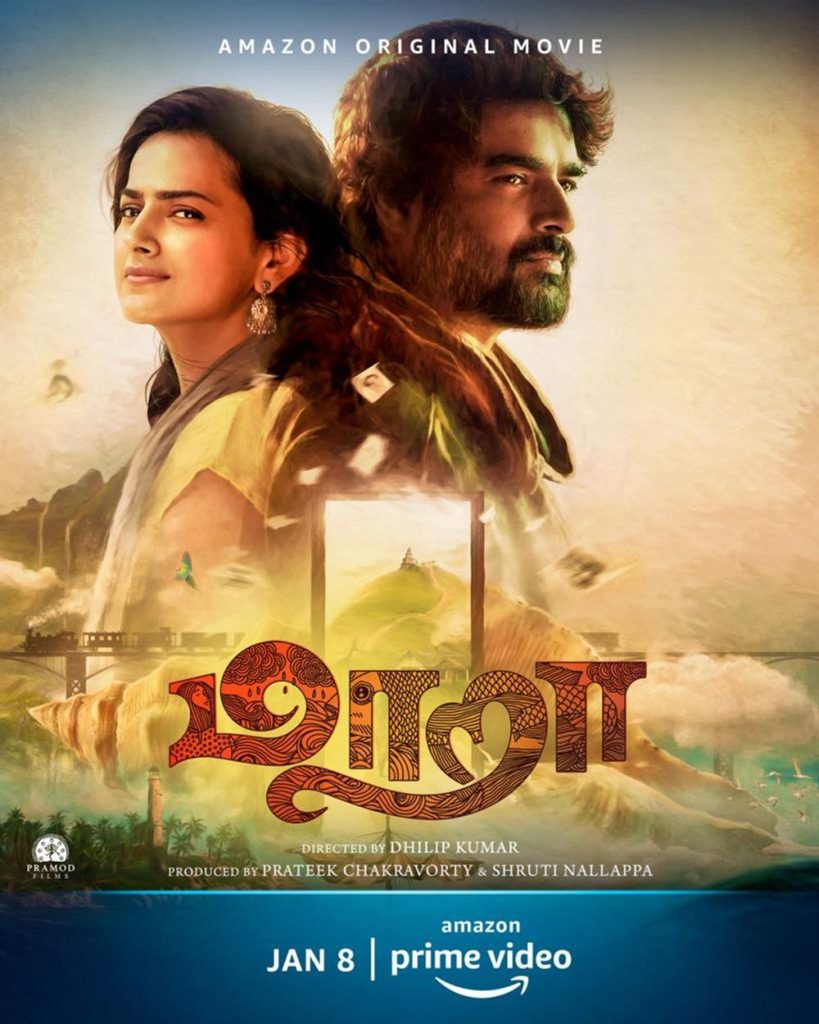 Maara (Madhavan) is a free spirited young artist who moves from place to place. Neither can you tie down his soul nor his physical body. There is another reason to why he keeps traveling, he loves meeting people from different sects of life – particularly people whom the society have forgotten citing their age or individuals set aside by humanity. Who else would invite a burglar to party with him on a New Year Eve? No matter what others have to say about his life, he has his own terms, and with it is how he will lead his life. Unlike many, he believes giving meaning to our lives does not have to be by doing any drastic good deeds. But by doing simple things that would better someone’s life. And that is why he finds immense joy in lifting people out of their awful phase of life. He spreads love and infuses hope in people who are dejected, are in despair, and have lost interest on life.

On the other hand, there is Paaru (Shraddha Srinath), a restoration architect who is adept in refurbishing old buildings without deviating from its originality. Just like her work, she is a unique independent woman who would not settle for a mundane life by marrying a man in a boring job. She wants her life to be a fairy tale and filled with adventures. Hence she flees from her home to avoid being married to a normal person. She temporarily moves to Maara’s residence. There she is fascinated by the art work of Maara. She decides to go in search of him. Everything that she hears about him on her journey stirs up her curiosity about his personality. Will she be able to meet him finally? Will Maara and Paaru end up together is what makes the rest of the flick.

Not often in Tamil cinema we get to witness a film that is full of positivity and explores complexities of life. A film that talks about individuals who have lost all hopes in life after a tragic event, how difficult those dark moments can be, how a positive soul can pull them out of despair and how beautiful our society might be if people try to understand each other. Maara had all these elements in it but unfortunately the writing does not allow us to connect with the characters wholly. The authenticity of all tragic events that is shown to have destroyed the lives of individuals to a drastic extent is not very convincing. They seem to be force-packed in to the plot to keep the film going.

Generally, remaking a hit film is a tough job to handle. It is because it is hard to replicate the fineness and aura that was in the original version. Story teller Dhilip Kumar battles hard to instill the same magic that Charlie had, in the Tamil version as well. Unfortunately, he falls short of replicating the magical feel-good positive tone of the flick. Perhaps, the youthfulness of actor Dulquer Salmaan was the key in making the charismatic and adventurous character so dynamic. Though the story teller has made alterations to balance the age difference, it does not seem to have worked. Also, the slow pace in the first half of the entertainer is a test to our patience.

Actor Madhavan has put his experience to full use in depicting charming Maara. Despite his character being more sort of an extended cameo role, Madhavan makes his presence felt. Just like her previous film Nerkonda Paarvai actress Shraddha Srinath shines in the character of an independent woman and has done justice to her role. Veteran actor Mouli has delivered a beautiful performance. The rest of the cast has delivered an efficient performance.

On the technical end, music director Ghibran’s music has added to the soothing feel of the flick though the songs do not stay in our attention for long. Cinematographers Dinesh Krishnan and Karthik Muthukumar’s frames have captured the rich scenic background of Kochi. They have ensured a visual treat for the audience. Editor Bhuvan Srinivasan’s scissors have enhanced the work of his colleague.

On the whole, Maara could have been a solid one of its kind movie but ends up as a missed opportunity because of the writing.