In an industry where commercial elements dictate the success of a film, dramas like Vaazhl are rebels. They offer us a different cinematic experience from the habitual mass action experience we experience. Director Arun Prabu Purushothaman who made the headline of most cinema columns with his debut film Aruvi, is back with his second movie Vaazhl. With Vaazhl, he makes a clear statement about what type of films he prefers to make. Realistic life dramas with a nature connect. Generally, this kind of movies are rammed off in to the award films category. It is an indication that one is not supposed to expect any sort of commercial elements in such movies. Will Vaazhl escape the shadow of being named as an award film? Has director Arun Prabu Purushothaman managed to craft an engaging life drama? To know that let us get in to the movie review. 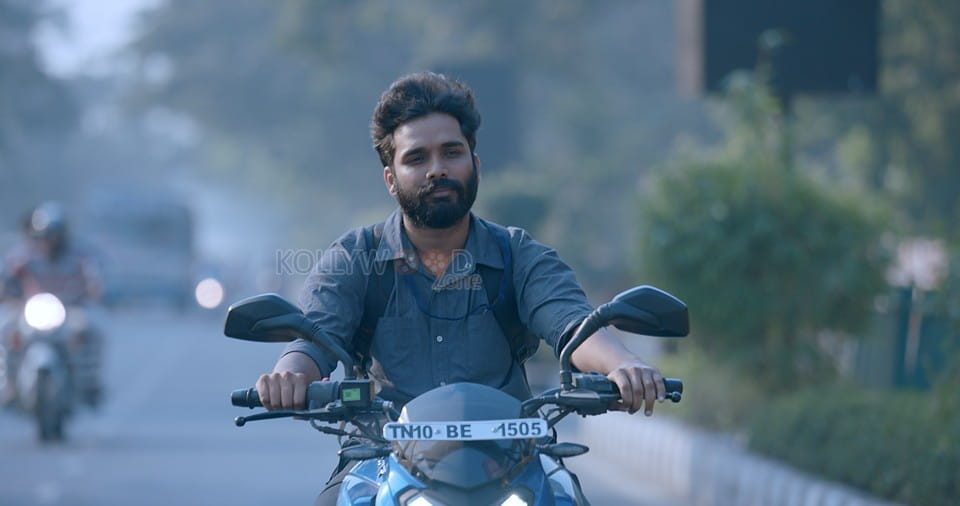 Vaazhl opens with its protagonist Prakash (Pradeep Anthony), trapped in a deep pit cave gasping for air. His leg is struck between two rocks and no amount of yelling for help would save him. He has to do something on his own to save himself. This is the metaphor for Prakash’s life. He is a typical IT guy who has no clue where his life is headed and hates his monotonous job. But does it anyway only to make his ends meet. As the film proceeds, we learn about the problems in which his life marinates. He is a buggy coder, as a result, he must endure his boss’s intimidation. His possessive girlfriend cannot stop nagging him. His overbearing mother would not let him alone. And his sister, a big fan of Gautham Vasudev Menon, is on a mission to elope and get married. Just like anyone would wish in such a situation, Prakash wants to escape from all these problems. But he is caught in an inescapable web.

Things take a turn when he meets his distant cousin Yatraamma (TJ Bhanu) at a funeral. He develops feelings for her. To his disappointment, he learns that she is married and has a son named Yatra (Aahrav). He returns to his boring life again. At an unexpected situation, he meets the cousin again. She asks him to help her to take her son to a therapist in Nagercoil. But in truth she just wants to escape from a crime she had committed sometime ago. He agrees to help her and their journey to Nagercoil begin. In unfortunate turn of events the journey ends up in a tragedy. His path then cross Tanya (Diva Dhawan), an eccentric Bolivian woman who forge passports. They travel to a village in Papua New Guinea to experience life aligned with nature. Will this trip make Prakash to view life from a different perspective and help him find the meaning of life, is what makes the rest of the film.

Director Arun Prabu Purushothaman seems to have a clear obsession with life in the wild. Even his previous work Aruvi resonated it. The flashback song reciting her childhood would be in a scenic backdrop. The song not only portrayed the love between a father and daughter, but also the human connection with the nature. In Vaazhl he tries to explore that human-nature connection elaborately. Hence, the name Yatra to the child and no identity for his mother, simply Yatraamma (translates to, mother of journey). There are few such interesting metaphors thrown here and there that hold our attention. The film not only evokes an irresistible urge to take a journey in to the wild but also stresses the importance of it.

Filmmaker Arun Prabu Purushothaman attempts to continue from where he left off in Aruvi. The entertainer had hard hitting commentary on life in bits and pieces in the dark comedy tone. It is the core theme of Vaazhl. Just like his films advocate, director Arun Prabu Purushothaman does not like to be conventional even in his craft. There is no thing as a proper screenplay in Vaazhl. Just like the randomness of life, Vaazhl has both pleasant and bizarre events taking place one after another. We just have to let ourselves to enjoy the experiences it offers. If we could bring ourselves to that point, Vaazhl could be an enjoyable ride. If not, it would simply be a tedious affair.

In terms of performance actor Pradeep Anthony is natural and fits perfectly as an IT guy. Actress TJ Bhanu has delivered an impressive performance as a young mother. Actress Diva Dhawan has done well as a free-spirited woman. Child artist Aahrav steals the show with his performance. The rest of the cast have delivered what was asked of them.

On the technical front, music director Pradeep Kumar’s music lingers around throughout the flick. His wonderful music blends well with the theme of the drama. Cinematographer Shelly Calist lets his camera rolling covering the scenic locations and is never in a hurry to cut. His frames reintroduce the beauty of Tamil Nadu to us. His visuals are well complimented by editor Raymond Derrick Crasta’s scissor work.

On the whole, Vaazhl is a film for travel bugs and people who find different cinematic experience enjoyable.