Idhu Namma Aalu is a Tamil romantic comedy movie which is written and directed by Pandiraj. In this movie actor Silambarasan (Simbu), Nayanthara and Andrea have acted in lead roles. Same way Soori and Jayaprakash have acted in supporting roles. T. Rajendar has made the production and Simbu’s brother Kuralarasan has composed the music for this movie. 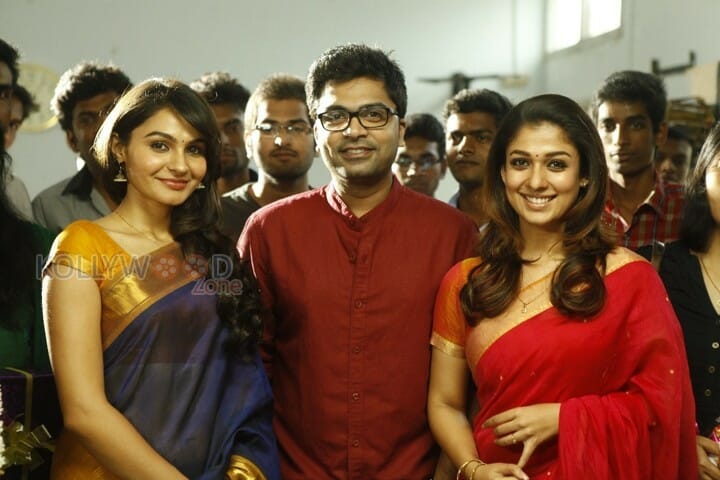 Balasubramaniam has made the cinematography and the editing work was done by K.L. Praveen. Kuralarasan’s debut movie as music director is through his brother’s movie ‘Idhu Namma Aalu’. Santhanam has acted in guest role in this movie. Nayantara has signed on to be a part of the film during November 2013 and she has agreed to work with Silambarasan for the first time after their break-up and this news has created a big issue.

So what is this movie all about, the plot is Simple. A happy going IT Guy falls in love with a girl and it ends in break up and later when he patches up with his fiance, troubles loom through his past love and how he mends and gets reunited with his lady love forms the rest of the story.

Kuralarasan has given six songs for the movie. As it is his debut movie Simbu’s fans are expecting the songs to a greater extent and to become super hit. This movie has undergone many issues as the shoot has started by 2013 and the movie was released after a long gap. Simbu’s acting is quite good and he has done justice for his roles.

Many have given positive feedback about the movie and the story is also interesting and the director has done a great job. It is a romantic entertainer. Earlier Simbu’s ‘Vinnaithaandi Varuvaya’ was simply superb and this movie will be liked by all youngsters and spinsters. Nayanthara’s costume is gorgeous and her acting is more realistic and admirable.

The director Pandiraj rocks and makes us laugh throughout the movie and the editing is the only thing which makes people feels the story is too lengthy and the picturization was simply phenomenal. In the second part a song comes which is not required before a scene.