One of the most anticipated movie of the year releases today. Thala Ajith is back with this action packed thriller, which suffice to say, delivers completely on the shoulders of the superstar himself. Vivegam is undoubtedly Ajith’s show all the way. It shows how much Ajith went through physical training to portray the character of a secret agent set to save the world on a brink of a nuclear attack. He is in his best physical form and it is a joy to watch him on the screen, as it is his charisma that saves the film from a total meltdown. The film is packed with great action, but it failed to deliver on its screenplay. A sloppy writing packed with loose script made it a real torture for Ajith’s fan, mainly because the film had the potential to be a great movie of the year. 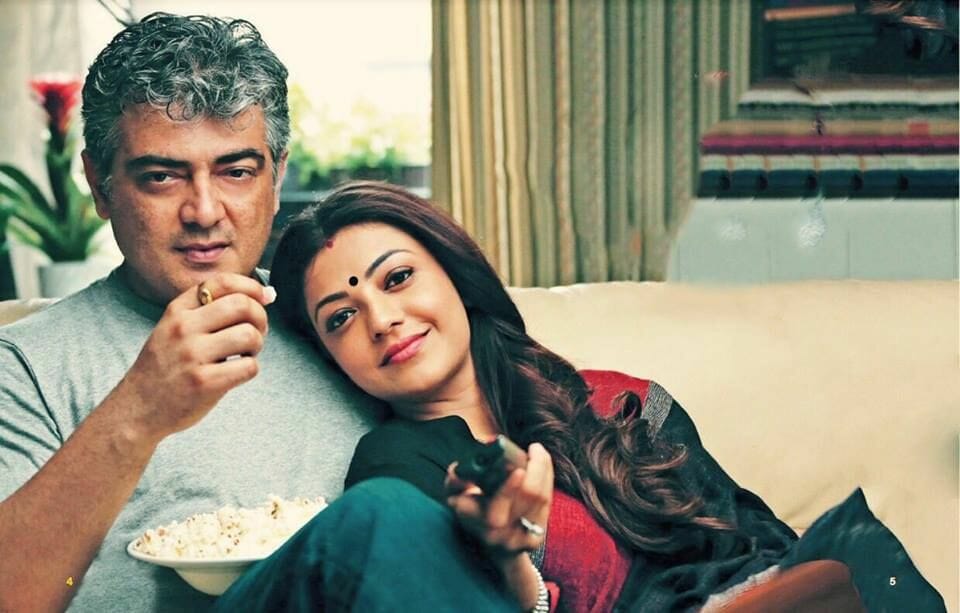 Vivegam is director Siva and Ajith’s third collaboration. This 100 crore venture, went out all of its way to present a film of international standards. What they have achieved is truly remarkable and that is the biggest takeaway from the film. It showed that Indian films are also capable of making a much lower budget. Even though the film tried to achieve the international style of filmmaking, Siva is still loud and over-the-top with his direction. Subtle and subdued scenes rarely make an appearance.

Ajay Kumar, played by Ajith is depicted as a flawless character who is a master of numeroyus things. Whether it is chasing goons, or riding cars and bikes or even helping his wife to cook in the kitchen, Ajay masters every kind of work that has presented before him. It is during these times that the film loses its touch with reality. But, reality is something that this film has not based itself on. Siva intentionally forefronted the goodness in Ajay, so as to make the character extremely likable and it is at this point that the film falters, because after sometime too much goodness in Ajay makes you to start hate him.

What the director or the writer tried to say is that, yes of course Ajay is a killer, but he do have a good heart which holds love for his wife and friends. And that’s what derailed the entire morality of the character.

However, what Siva has been able to achieve is that, he is consistently improving the quality of his action films. And that shows promise for the future, nonetheless from an Indian director.

As stated, this Ajith’s film all the way. His onscreen presence makes the film a tolerable watch. All the credit for the film goes to Thala and Thala alone. He makes us, the audiences forget about the major follies and the illogical approach of the film. Kajal Aggarwal makes up for a good character as Ajith’s wife in the film. There chemistry is quite natural. Vivek Oberoi also did a commendable job as the antagonist of the film.

The film however, gets full thumbs up for the efforts Siva and Ajith have put behind it. Vivegam stands on their shared shoulders.