Prabhu Deva is a God figure for all the dance lovers. But what many people missed about him for the past few years was his appearance on the big screen as a leading man. People were craving to see him is the cinema halls and that is when he made his strong comeback to Tamil cinema with his film Devi. Devi was a horror comedy and was well received but then he decided to continue with his regained energy for films and was thus seen in his recently released “Gulaebaghavali”. While the former was received pretty well by the audience, the later bagged mixed reviews. The problem with the film is that the film does not either have a good storyline or any logic. But what drives audiences to the film is the out-and-out comedy which is righty timed. 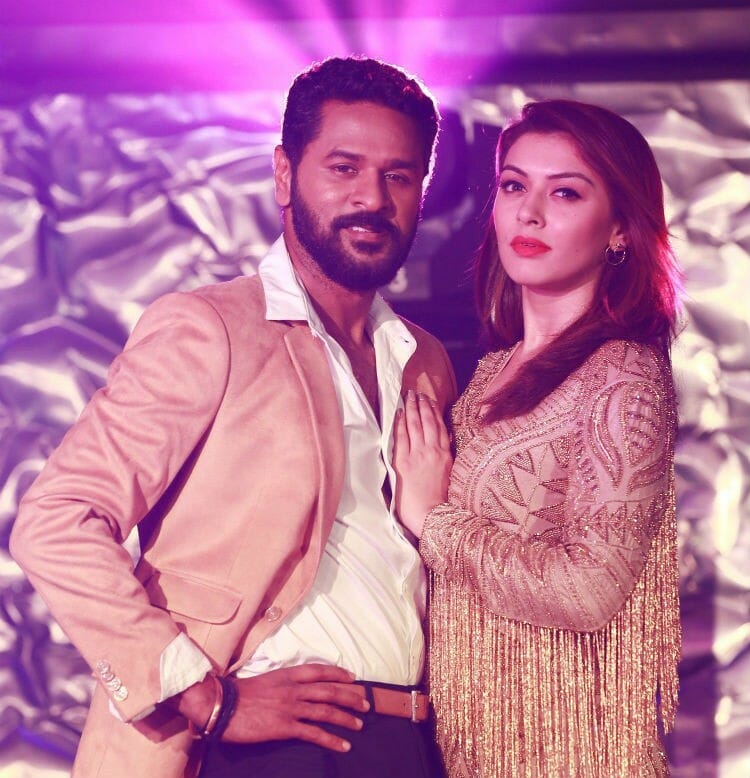 The cast of the film include Prabhudheva, Hansika Motwani as the leading pair and there is Revathy as well accompanying the lead pair. Then there is Yogi Babu, Anandraj, Mottai Rajendran and Muniskanth who are not left behind in playing their parts according to the script. It is pretty evident that the film and its comic timings have left behind all the logical edges that the audiences would look forward to. Thankfully above all the flaws that the film has, the element of comedy is the only thing that stands out. The comic scenes are moderately long and stretched peculiarly to entertain every class of audience. The director of the film is Kalyan and he should definitely be appreciated for his guts to appoint a gem like Revathy, a role that she would remember and admire for a long time. Though she is typically not of the genre of comedy, the bit that she does for the film is phenomenal.

The story starts with the Prabhudeva’s mission to unearth secret treasure and what are they encounter in their way. The man of the show is definitely Prabhudeva and his moments in the film are bound to make the audience cheer and laugh and even applaud. The film is being highly compared to the film Maragatha Naanayam which was also a comedy and had left the spectators happy and satisfied but the film Gulaebaghavali, unfortunately, does not meet up with the expectation. The runtime of the film is quite lengthy and people feel tired when the ending is not convincing at all. Further, the placements of the songs are drastic but the dance steps are awesome. The glossy and clean appearance of the heroine Hansika was capturing but then the real array of the film was not at all up to the mark. The screenplay was also not convincing enough at times but if people want to ignore all these stuff and ignore all the negatives and to have a good and a fun-filled time n the movie theatres then this is the film to see. So give it a shot and laugh as much as you can because Prabhudeva is back in the industry.