When we talk about the actor Vikram, we instantly can imagine his good looks, intense gaze and dark skin tone and heavy and husky voice. But why did he choose this film is a mystery and a disappointment. Though the whole movie relies on Vikram and he is the star of the show, but that does not at all counts when there is almost a basket full of points that go against the film. The storyline is mainstream and uninteresting; the director has failed to put up a good show because the amalgamation was not at all portrayed the right way. The actor does his work effortlessly but the character of the heroine which is played by the beauty Tamanna Bhatia has not been developed properly. It is just an OK-ish film which can be a one-time watch in the theatres. The film does not have any impact on the audience-neither positive nor negative. And that is what kills the oomph of the film. 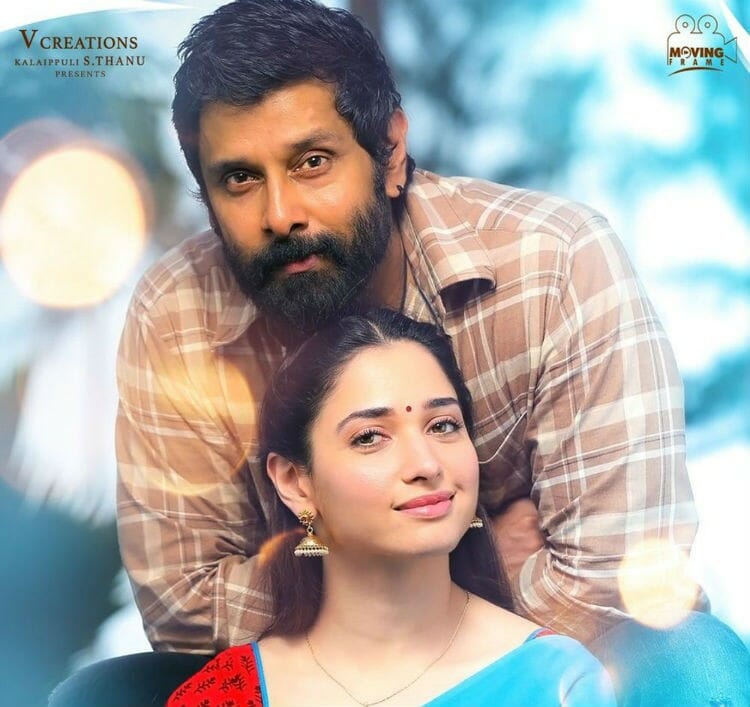 The main cast of the film includes Vikram who plays the role of Sketch who works in a garage in Madras, which is owned by Hareesh Peradi. He and his gang of three friends played by Sriman, ‘Kalloori’ Vinoth and Vishwanath is the initial concern of the film. The film then revolves around his life as a small-scale goon and how that life changes with the arrival of Tamanna Bhatia who plays the role of Ammu in the film. ‘Sketch’ is his secret or pen name and he is known in the area by that name and not his actual name which is Jeeva. We only her the character’s father call him by that name. It is further tedious to wait for the plot to finally be intimidated just some minutes before the intermission and it total first half of the film remains hazy and complicated.

The second half makes us confront with some more twists and by the time the conclusions start becoming clear, the audience is tired of waiting and are just glued to the seats because they have enjoyed some really good fight sequence and even some comedy scenes. The romantic portion of the film especially the songs seems forcefully fitted to the situations and thus the overall product called “Sketch” fails to impress.

The songs are however soothing and the actor is phenomenal. The actress plays the role of a Brahmin girl and appears to a girl next door. Her character stands out next to Sketch’s character but it takes a considerable amount of time to explore her qualities. The actor is seen teasing the heroine and it is the heroine who is seen to discover the good qualities of an apparent bad man. Kumar who is the villain is seen planning to finish off the protagonist and his gang but in the end, fails miserably. The film has a message to give in the end. If you are a huge fan of Vikram and love watching him in the screen or you just need to spend your weekend out of your home, watching films, then the movie can be worth a watch.