Director Ram has always been the one, who love to experiment new ideas. His idea of films is not making commercial projects and gives important to powerful content he has in hand. His previous movies like ‘Kattradhu Tamizh’, ‘Thanga Meengal’, and ‘Tharamani’ stand as examples of his unique talents. 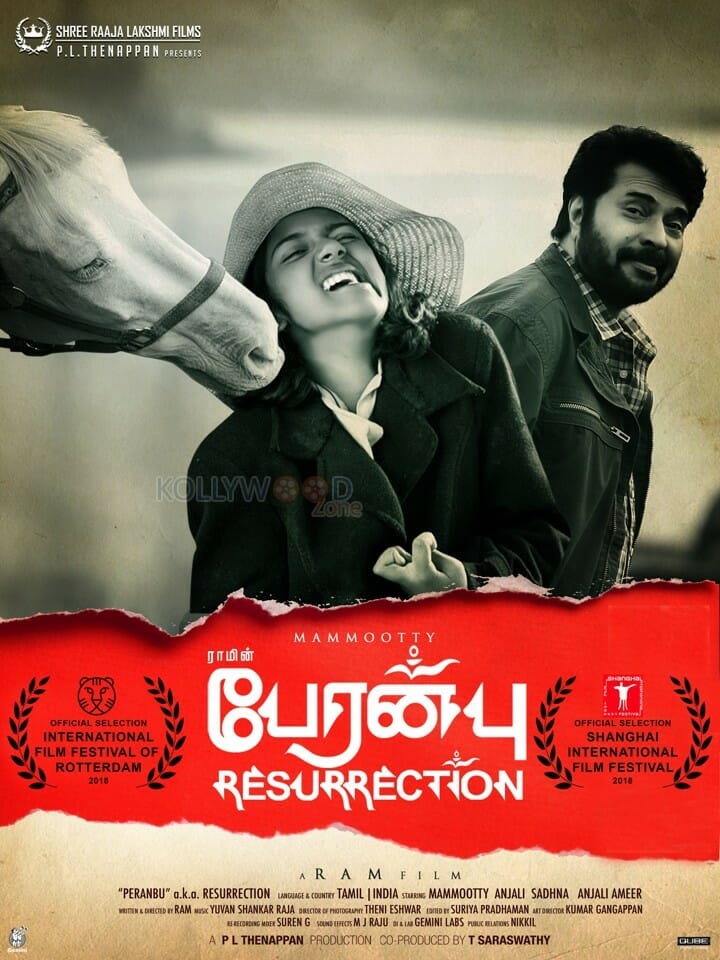 One can say that ‘Peranbu’ is definitely one of the daring, bold and most soulful moves in Tamil cinema history. The impact of the film doesn’t stop with the rolling of “The End” card. The director emphasizes life, love and affection are very important and a body without any disabilities is the best gift that one can own.

‘Peranbu’ isn’t a movie, which fits everyone’s palette as it has disturbing elements and you might feel sad due to the natural and intense way of handling sensitive problems regarded as a sin by our society. The movie is about a single father Amudhavan (Mammootty) and the issues that he faces in upbringing his erratic girl child, Paapa (Sadhana). Being a grown-up girl makes it even more troublesome for him. The director addresses adolescence related problems and the sensual needs that grips teens in that age. Amudhavanan is also cheated by a lady, whom he believes blindly and is made to relocate from a remote hillside property to Chennai city. Director Ram has roped in Anjali Ameer to play the role of a transgender in a respectful manner, which ends the movie on a positive note.

Literally speaking, ‘Peranbu’ is brilliant. The background scores of Yuvan Shankar Raja are truly magical. His songs are soothing for our ears. The hills backdrop has been beautifully captured by the cinematographer Theni Eswar. The visuals and sound design in the film is truly blissful. ‘Peranbu’ commemorates the different facets and qualities of nature.

Actress Sadhana deserves a big ‘kudos’ for portraying such a sensitive and demanding role so early in her acting career. She has done justice to her character. Each one of her scenes will surely pierce your heart. Mammooty has portrayed his role with his usual grace and class. A good example is the scene in the second half where he visits a sex counselor to receive his daughter’s test results.

One can wonder how he even accepted to do this scene. A big thumbs-up to the one of the finest heroes and Megastar of Mollywood, who has shed his usual heroic antics and won the heart of many with his subtle performance. As usual, he looks absolutely stunning and the director has made a reference to his magnificent appearance every now and then.