Irudhi Suttru is one of its kind in Kollywood genre. The movie features Madhavan and Ritika Singh in lead role. Debutante Ritika Singh did female lead role. The movie is produced by YNOT Studios and UTV Motion Pictures along with C.V.Kumar’s Thirukumaran Entertainment. Rajkumar Hirani co-produced the movie in Hindi version. So has the movie hit the bull’s eye? Has Maddy made a real come back ? Let’s see in this review. 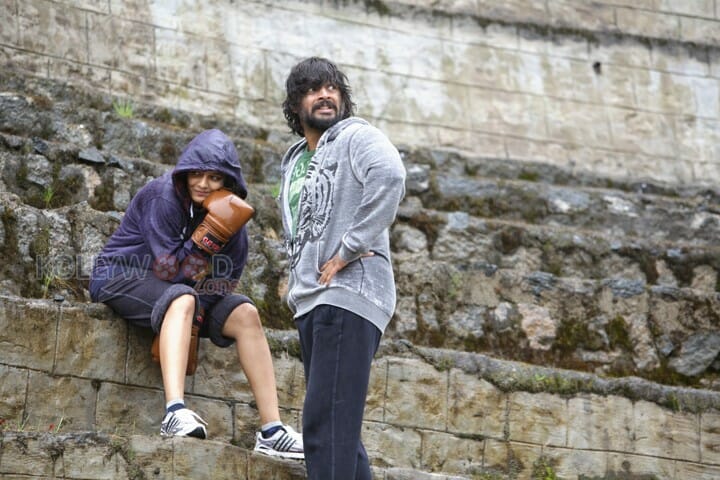 Prabhu Selvaraj is a boxer who has a dream of bagging gold medal for boxing. As he was getting closer to the dream, he fails to achieve it. His own coach plays spoilsport and his dream is failed. And after this he gets shattered. He becomes cynical. His friends brought him out of booze, prostitutes, drugs to make him a coach of some low rated Indian Women’s Boxing team. And there he finds a young woman from fishing community background. He trains her and makes her fit for the championship.

How he makes her despite he faces barricades like politics, sexual abuse, harassments and so on forms the rest of the story. A welcome note for Maddy. He is back after ‘Vettai’. The one liner may recall us ‘Chak De India’. The only difference is the sport. It is Boxing instead of Hockey. The main drawback of the movie is, it is completely predictable in all levels. We can easily judge what will happen next. But Sudha Kongara’s screenplay doesn’t fail. Scenes are smooth and they are at the best. Cinematography is the best part.

Sivakumar Vijayan has sketched a new frame and the lightings were so brilliant. The songs are light and the background score is brilliant. The content was good, but at times the writing has been non-linear. Ritika Singh gets a welcome note. She clicks as a boxer and fails as an actress. But she scores beautifully. She emotes flawlessly. Doesn’t seem like a debutante. Way to go girl! Sathish Suriya’s editing is crisp and linear. On the flip side, the movie faces problem as it is a bi-lingual. Tamil version shows backdrop from Mumbai locales and Hindi people are going to watch posters of Dhanush and Rajinikanth.

Overall, Irudhi Suttru is not a winner, but it definitely is worth the punch!