Ivan Thandhiran movie is written and directed by R. Kannan and also produced by him too. The movie features Gautam Karthick, Shraddha Srinath and R.J. Balaji is leading roles. S. Thaman had composed the music. The movie is a commercial entertainer that deals with a social issue affecting the students and education in a pretty convincing manner. Prasanna Kumar had looked after the cinematography work for the movie. RK. Selva had done the editing part for this commercial entertainer. 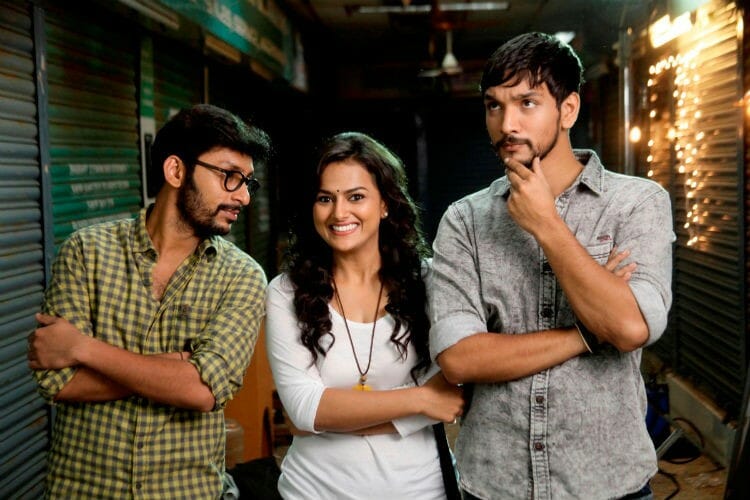 Gautam Karthick had acted in the character Sakthi and he had done a neat job for the movie’s role. RJ Balaji plays the role of hero’s friend which is not just that. He comes almost throughout the film and serves the purpose of his casting with the hilarious dialogues and counters. He is also quite adequate with his performance in serious scenes. RJ Balaji’s comic sense is realistic and admirable one.

Sakthi and his friend RJ. Balaji are engineers who run their own business and they are expert in repairing electronic equipments. They come through a video message which is about receiving bribe for a college seat and the video becomes viral among the college students. The movie has some twists and turns which makes the climax thrilling which is filled with comedy.

S. Thaman’s music is melodious and lovely to hear. Actress Shraddha Srinath’s chemistry had worked very well. Even the love portion between the hero and the heroine played by Shraddha Srinath does not look like a mere commercial ingredient. The technical aspects of the movie are made excellently. This movie will be a turning point for Gautam Karthick as he had acted excellently and had proved him.

Overall, the movie was about to end as half baked, but with some twists in the climax, it stands tall…!!