Actor Jiiva returns to screens after a long gap with what could have been a promising film in absence of plot holes and insincerity. Debutant director Kalees has failed to bake a delicious dish in spite of quality ingredients and good recipe. KEE attempts to be many things it wants to condemn cyber crimes but it ends up glorifying it when the protagonist does it, it wants to create awareness about cyber crimes yet we do not get to see the process of actually technical hacks as it just happens in a click of a button, and it wants to condemn sexual offences but it is okay with it when the protagonist does it. 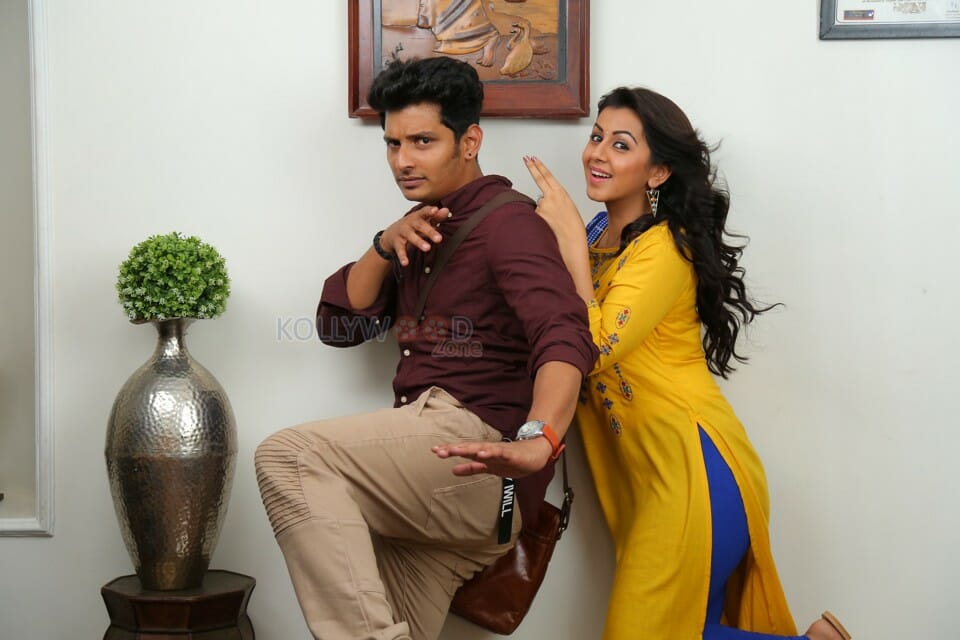 Siddharth (Jiiva) a college student as well as said to be a top hacker lives with his mushy sentimental parents portrayed by Rajendra Prasad and Suhasini Mani Ratnam, one can only hope at least the director knows what is the purpose of them in the script. Siddharth meets Vandhana (Anaika Soti) in a club, prior to that he brags about how he hacks in to the electronic gadgets of women to access their personal data in order to comprehend them. So when he meets Vandhana a TV reporter for the first time, in order to impress her he hacks in to her phone and tells her the brand name of the bra that she is wearing. This is just one of many hypocritical elements that you come across in the film. The character of Siddharth through which the director claims to condemn the cyber and sexual offences against women in the society, is itself an offender here and surprisingly he does not seem to have a problem with it.

Tribulations starts when Vandhana discovers a chain of events related to mysterious deaths happening in the city. She seeks the assistance of Siddharth to trace who is behind these murders and when he does, he finds another powerful hacker Govind Padmasoorya with his gang who are involved in this. Before he could realize Govind discovers that Siddharth has found their existence and in order to weaken Siddharth psychologically he goes after his dear ones. Will Siddharth save his dear one or with the villain outshine the hero, is what makes the rest of the movie.

For a film which was in the making for nearly three long years, Kee fails to do justice to the time span that it consumed. Perhaps, may be the additional pressure to portray some kind of social message in the film like every film that has hit the screens in the recent past have done, has forced the director to head away from original one liner of the script.

Actor Jiiva has played his part as usual and there is no space in the script to specify where the actor has delivered an outstanding performance. Oh god, did we miss out to tell you that the heroine of the film is Nikki Galrani? Well, believe us it is only fair from our side as Anaika Soti has more scope in the film than the actual heroine of the film.

On the whole, the film makes a desperate attempt to be a cyber crime thriller but gets diverted with attempts made to stuff social issues in to the plot. After cyber crime thrillers like Lens and Irumbu Thirai Tamil audience expect more authenticity from the filmmakers.