Veera Shivaji is a Tamil action comedy movie, which was written and directed by Ganesh Vinayak. Under the banner Madras Enterprises, S Nandagopal has produced the movie. D. Imman had composed the music and the cinematography was looked after by M. Sukumar. Ruben has done the editing part for Veera Shivaji. Sri Thenandal Films Company has made the distribution of the movie. 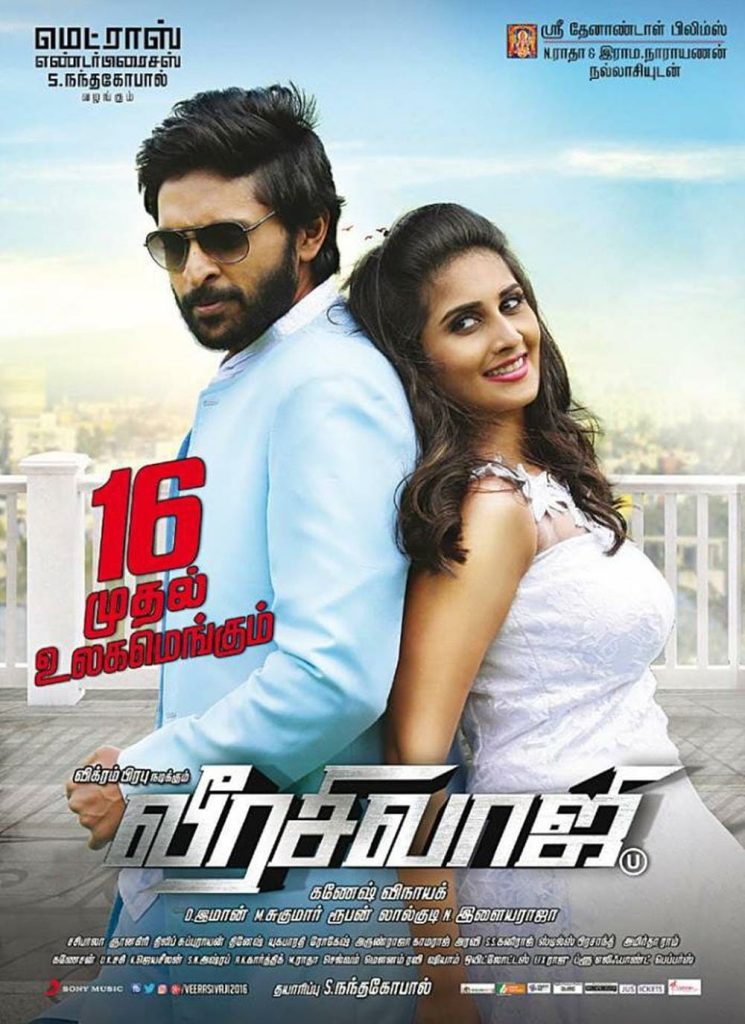 The villain does some illegal business and the hero finds it. The movie has sentimental scenes as well as action scenes. Shaamili has acted as a heroine after acting as a child artist in movies like Anjali, Durga and lot more movies. The movie revolves around the incidents that occur during the journey of a man from Puducherry to Kanyakumari. Shaamili will be seen as Prabhu’s love interest named Anjali.

Vikram Prabhu has acted as a cab driver in the movie. The editing part is bit lengthy and heroine is not new to the industry. Vikram Prabhu’s previous movie was Wagah. He has done more stunt scenes for this movie and has also acted romantically with Shaamili than before.

The movie is a youthful entertainer mixed with masala. All the actors have done justice to their roles. The movie is a good entertainer for this weekend with amazing kissing scenes by Vikram Prabhu. Watch the movie and have a trip to Kanyakumari from Pondicherry.